I’m in urgent need of a tummy rub! Lion cub shows off its very full belly after feasting on a zebra

A lion cub looked like he could almost burst as he kicked back with his full belly in the air after tucking into a large helping of zebra.

The bloated-looking cub may have been realising its eyes were a bigger than its belly, as it stretched out on a termite hill in an attempt to digest the feast.

The cub was part of a pride of lions in Masai Mara, Kenya’s world renowned wildlife haven, and was pictured by wildlife photographer Burak Dogansoyal. 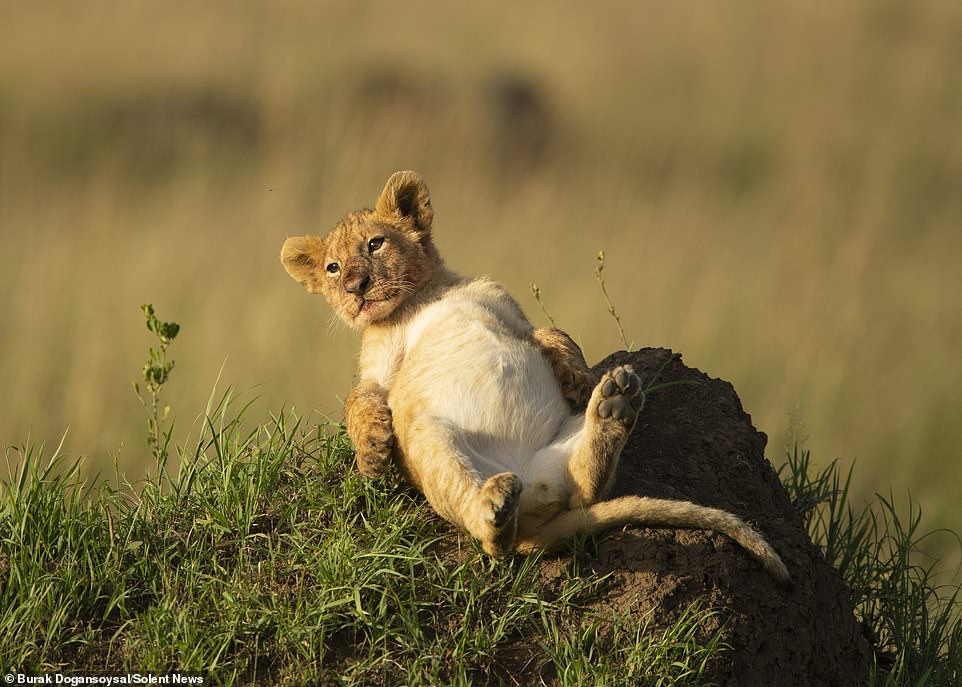 A lion cub showed off his tummy which looked like it could almost burst after a large feast as he kicked back in the sunshine in Masia Mara, Kenya 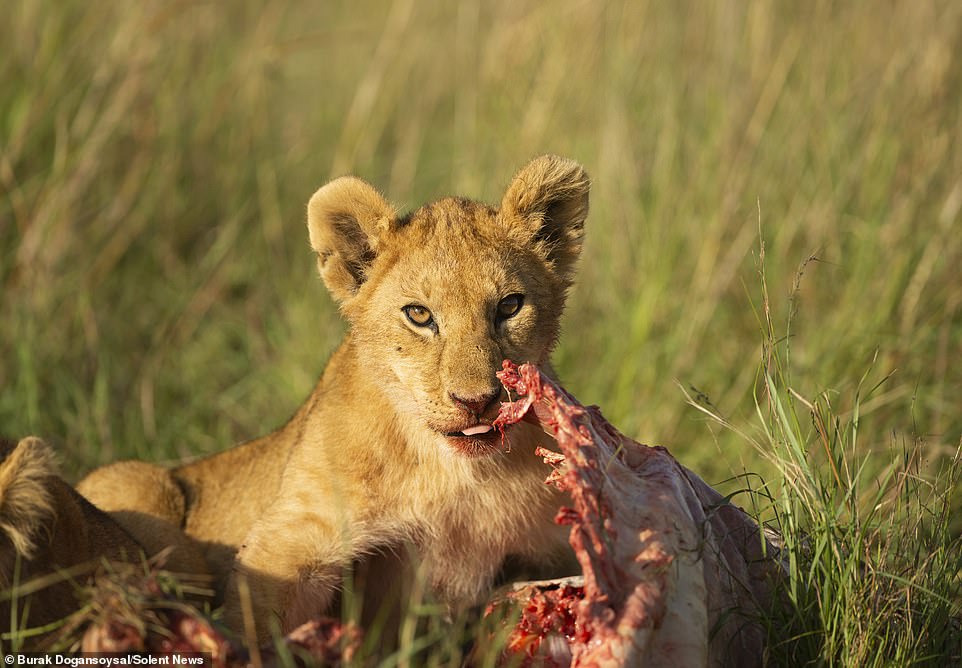 A pride of lions, including the round-bellied cub, tucked into a large helping of zebra which they had hunted down in Africa 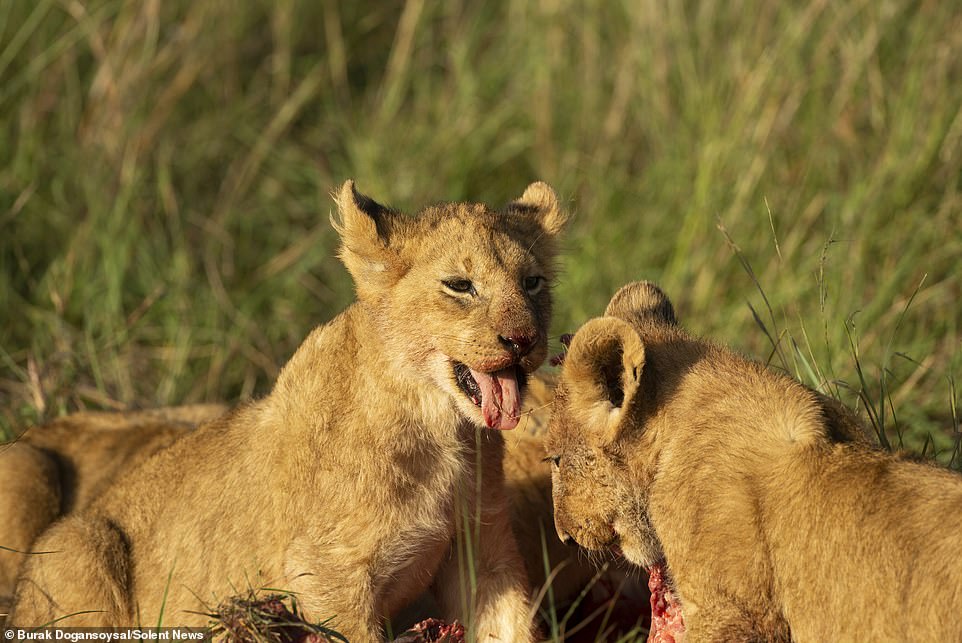 The group, which appeared to have three cubs including the pot-bellied one, appeared to smile as they enjoyed their meal in the sunshine

The pride which the young lion belonged to had just hunted an adult zebra and were having a feast when he began snapping the wild cats.

The three cubs in the pride, which the 43-year-old photographer from Turkey said were around the same age, were snapped relaxing after their dinner.

Although full from their large meal, they were still able to play games with each other before flopping on their backs and sunbathing on a termite hill.

Mr Dogansoyal said: ‘If there is anything cuter than a lion cub, it’s a cub with a full belly. 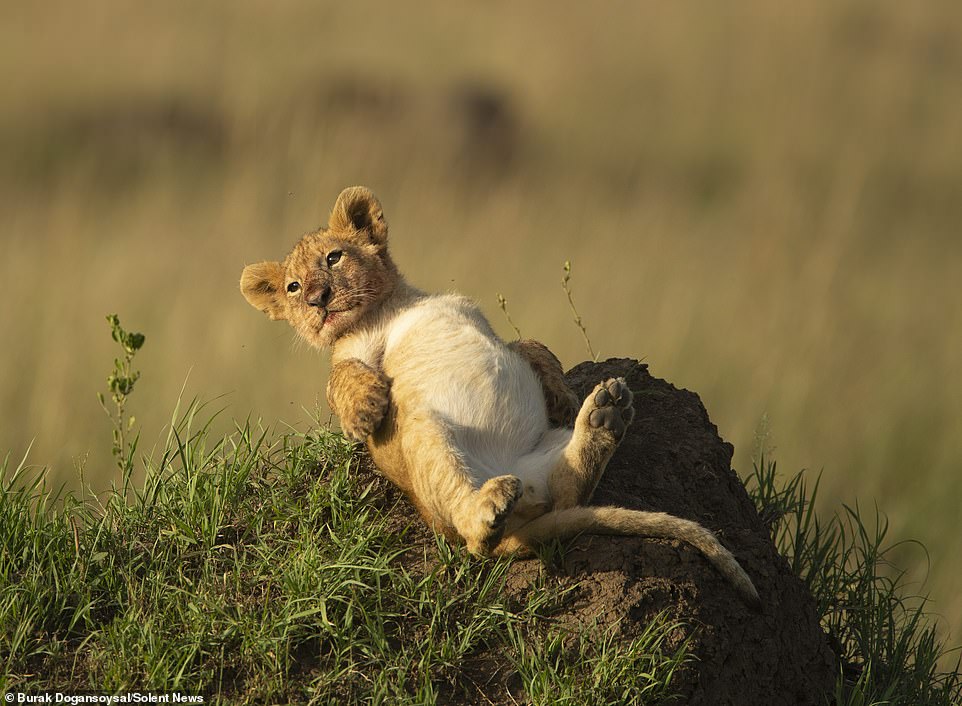 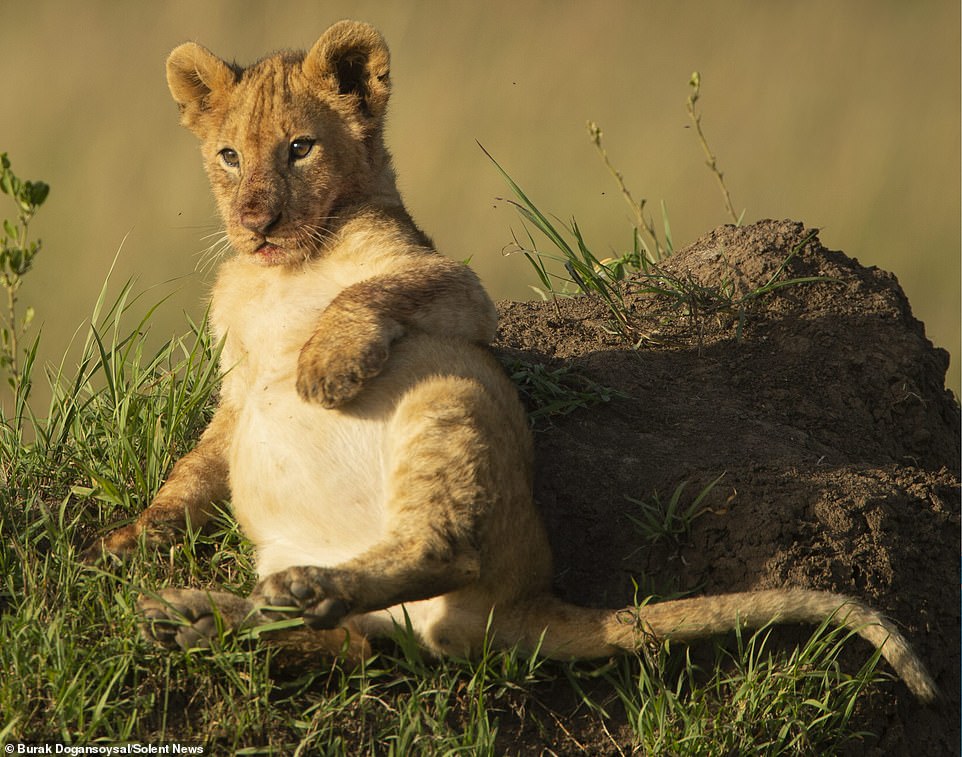 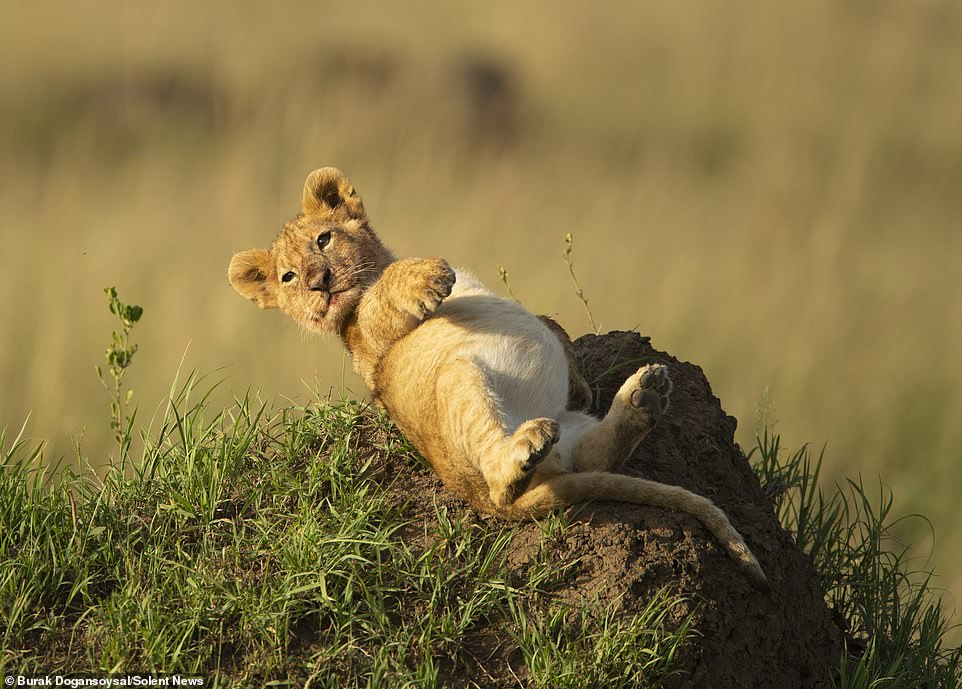 Despite being visibly full after their large meal, Mr  Dogansoyal said the group of lion cubs were still able to do ‘what most babies do… harass its mother’

‘Their bellies almost touch the ground when they are full and they seem to have a hard time carrying it around. Such a funny thing to watch.

‘This cub is probably around four to five months old. Lion cubs start eating meat when they are around three months old.

‘After the cub digested the meat, it played games with other cubs and did what most babies do… it harassed its mother.

‘Although the numbers are declining, seeing lions is still relatively easy in Africa. But small cubs are a much more special encounter and always makes me happy.’

African lions are now classified as a vulnerable species, with around 23,000 remaining in the wild. There are now half as many African lions than there were 25 years ago.