This Eastertide is not yet as joyful as we all hoped it would be even a few weeks ago, and the past year has been joyless indeed.

The lockdown may be easing, but achingly slowly. However, Easter is a time for reflection as well as celebration, so that gives us a little more time to think about the strange period we have been through and what might come next. This is a financial story and an economic story.

The financial story is quite extraordinary. Viewed from anywhere other than London this is a raging bull market. 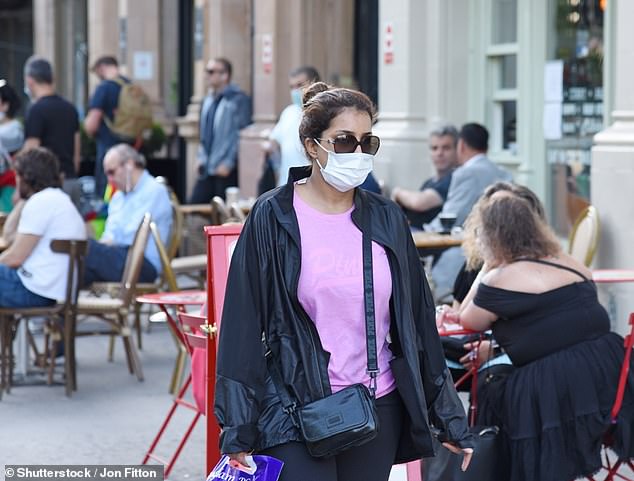 The new normal?: This Eastertide is not yet as joyful as we all hoped it would be even a few weeks ago

On Thursday, the S&P500 index shot through 4,000, yet another all-time high. It is the world’s most important stock market index, the 500 largest companies in America.

In Germany the DAX index, the 30 biggest companies traded in Frankfurt, went through 15,000 on Wednesday for the first time ever and ended at 15,107 on Thursday.

The CAC index in Paris was within a whisker of its all-time high at 6,103, notwithstanding the latest lockdown of the economy.

In the UK the picture is different, with British shares remaining out of fashion. Sooner or later the global fund managers will cotton on to the prospect that the UK economy will be like a coiled spring this summer, but meanwhile there is a massive investment opportunity.

So says Richard Buxton, the vintage fund manager who is head of strategy for Jupiter Asset Management. He thinks this is the best time to buy UK shares for 30 years. I think he is right. The UK apart, the story is one of froth. You see that in those record highs, but until recently even more so in private equity, where every new lossmaking start-up had investors clamouring to get in.

The very concept of a Spac, or Special Purpose Acquisition Company, is symbolic of too much money chasing too few opportunities. If you don’t follow this sort of thing, all you need to know is that a Spac is a shell company set up to raise money from the public to buy another company.

It makes nothing and sells nothing. All it does is find other companies that it can merge with and take public. People buying its own shares do not know what their money will be used for.

If that sounds a bit dodgy to you and me, more than $90billion has been raised so far this year. Even Sir Richard Branson has started one, called VG Acquisition Corp.

But in the past few weeks the mood on Wall Street has cooled. The shares of mainstream companies hit new highs, but the IPOX SPAC index has fallen by more than 20 per cent. A sign of a return to sanity? I don’t know. Here on this side of the Atlantic we have escaped the wild excesses of New York. You could see the bleak reception given to the float of Deliveroo last week as a sign that London is not a good place to launch a high-tech company.

Or you could equally interpret the flop to UK investors being less gullible than American ones, and not believing the hype of a business that depends on gig workers and on the abnormal demand for delivery services in the lockdown. My feeling is that it is more of the second than the first.

Either way, a pause for reflection is needed.

We know from history that at some stage the froth will be blown away, but we don’t know how or when. That will be the next chapter in the financial story.

The economic story is much simpler. There will be a huge leap in demand in the second half of this year. That will be universal. The magnitude will vary, with the US leading the pack.

The timing will vary, with the US and UK running six to eight weeks ahead of Europe, thanks to the faster rollout of vaccines.

Much of the emerging world, apart from China and maybe India, will rebound more slowly. But come the autumn, even the laggards will be doing all right.

This is a huge comfort, something to be truly celebrated this Easter. But in celebrating that, we should reflect on something else.

As markets boom and economies open up, we should try to be sensitive to the losses many have suffered in financial and human terms.

And we should try to learn to do better next time.