Women could be work from home losers, warns Aviva: Insurer fears female workers will miss out on promotion opportunities

One of Britain’s biggest companies is worried that the shift towards flexible working could harm women’s careers.

Aviva is concerned that female workers may feel more pressure than men to work from home and so miss out on promotion opportunities.

So far the insurer hasn’t seen any gender divide, but says it is monitoring closely in case a split emerges post-pandemic. 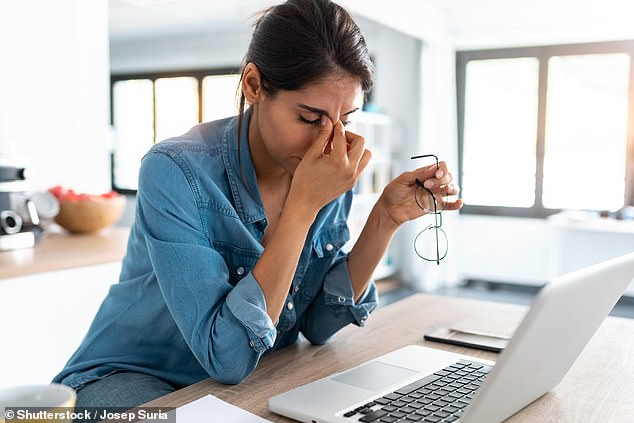 Concerns: Aviva is concerned that female workers may feel more pressure than men to work from home and so miss out on promotion opportunities

The FTSE 100 firm said there is a risk managers could fall into the trap of promoting workers who they see around the office, rather than making judgements on who is producing the best work.

This in turn could lead to more men in senior roles if they return to the office while women feel obliged to work flexibly in order to balance family responsibilities.

Aviva is running a trial on its own flexible working plan. Danny Harmer, chief people officer, told the Mail that the insurer will be keeping a close eye on its gender pay gap reporting and promotions data, to make sure this does not unravel years of work on stamping out inequality.

She said: ‘Fast forward a few years of hybrid working, what are the potential unintended consequences businesses might be creating?

‘If, for example, carers and in particular female carers opt to work away from the office more than their male colleagues, could this have an impact on female promotion rates because of visibility?’

Across all UK companies, women earned 15.5 per cent less than men in 2020, down from 17.4 per cent in 2019, according to the Office for National Statistics. But Harmer is worried the pay gap could start to climb again.

Nationwide, Lloyds Bank, HSBC, Standard Chartered and PwC are giving their workers more freedom to choose where they will work.

Gwen Rhys, chief executive of networking group Women in the City, said: ‘It’s likely to be women who take the work-from-home option more than men.

‘I think men will go back to the office before women and it will be they who get noticed, get networking and get the opportunities. It could be a trap for women’

City grandee Baroness Morrissey, a mother of nine, said the solution is for firms to be prescriptive about what they want and expect from staff.

‘This is a once-in-a-lifetime opportunity to change the way we work, and get it right,’ said the 55-year-old.