Andy Haldane, the chief economist of the Bank of England, is leaving the central bank to become the chief executive of the Royal Society for Arts, Manufactures and Commerce (RSA).

Haldane will step down in June after over 30 years at the Old Lady and will take up the new top job at the RSA in September, the Bank said, adding it will start looking for a replacement ‘in due course’.

His exit comes as a surprise as he had been reappointed for a new three-year term as a member of the Monetary Policy Committee back in June 2020. 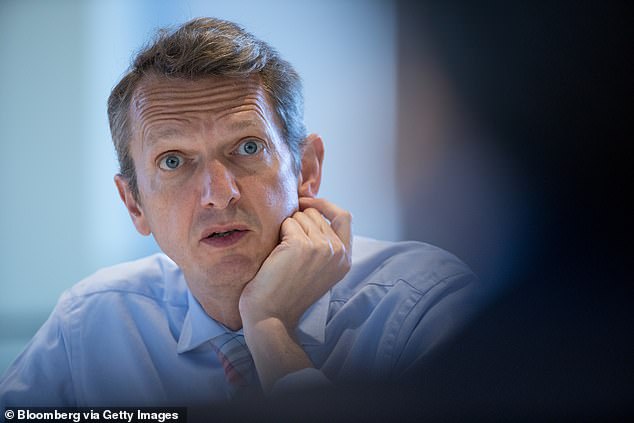 Surprise exit: Andy Haldane will leave the Bank of England in June

Governor Andrew Bailey said Haldane had been an ‘exemplary public servant’ over his more than three decades at the Bank, ‘making major contributions to the Bank’s work in financial stability and monetary policymaking’.

Haldane joined the Bank in 1989 and served as a member on both the Bank’s Financial Policy Committee and Monetary Policy Committee. He took up the role of chief economist in 2014.

He has also led the Government’s Industrial Strategy Council, as well as co-founding Pro Bono Economics in 2009, a charity chaired by former Cabinet Secretary Lord Gus O’Donnell and dedicated to using economics to empower the social sector.

In 2014, he was named by Time magazine as amongst the world’s 100 most influential people.

In a statement announcing his departure, Haldane said: ‘The Bank is a fantastic institution and I loved my 32 years in public service there.

‘I will miss hugely my brilliant colleagues and friends but know that, under Andrew’s exceptional leadership, they will continue to serve the people of the UK with distinction.

‘I am thrilled to have the opportunity to lead another great British institution, the RSA. For 250 years, it too has served society with distinction, combining the very best of public service, commercial innovation and civic participation.

‘I am delighted to be helping write the next chapter in the RSA’s illustrious history.’

The RSA is an independent charity founded in 1754, which ‘unites people and ideas to develop practical solutions to solve the challenges of our time’.

The RSA’s President is HRH Anne, the Princess Royal.