Chris Smalling was robbed at home in front of his wife and two-year-old child in a horrifying ordeal for the Roma defender on Friday morning.

Italian news outlet Gazzetta dello Sport reported three armed robbers broke into the English footballer’s home and forced him to open his family’s safe, where the aggressors took items of jewellery and other valuable items.

Smalling’s wife, Sam, called the police just before 5am and officers arrived at the family’s villa, located around 25 miles south of Rome, with all three victims very distressed. 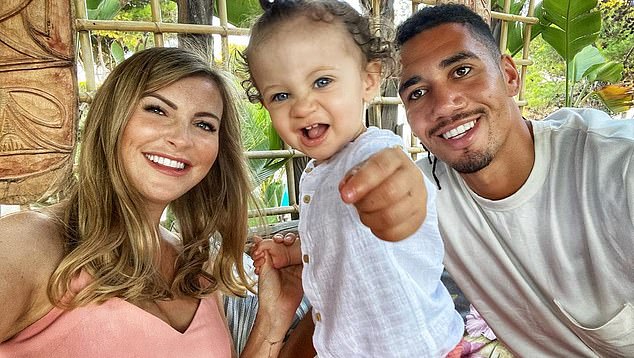 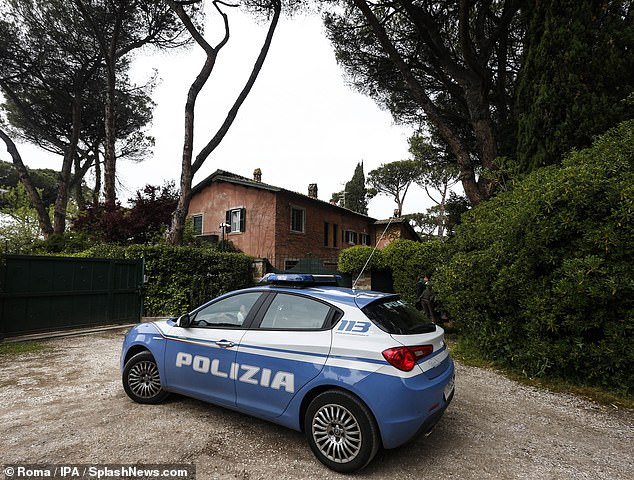 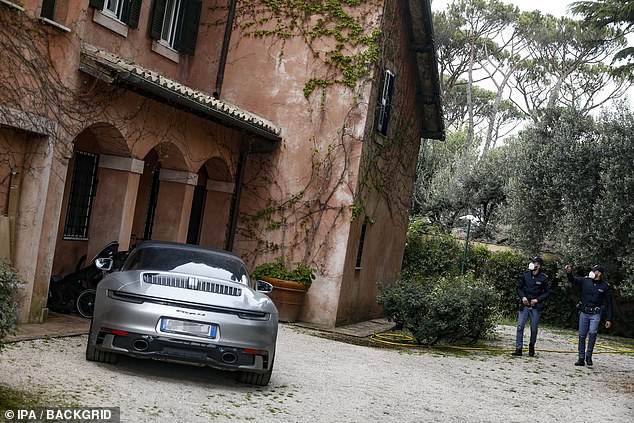 Police are still investigating the incident and Roma have offered support to the player.

Smalling, who joined the Italian club from Manchester United on a permanent deal last year, was not involved in Roma’s Europa League tie with Ajax at the Stadio Olimpico on Thursday night due to a knee injury.

The defender has been playing in Rome since the summer of 2019, joining on an initial loan deal before making the move permanent 12 months later. 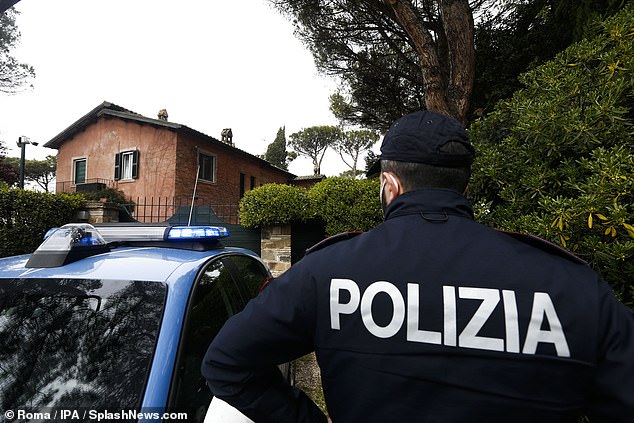 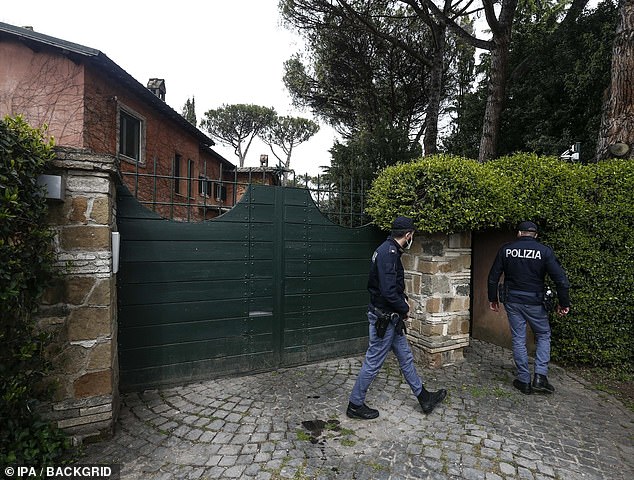 Police arrived at the scene to find Smalling (middle), his wife (left) and son (right) all distressed 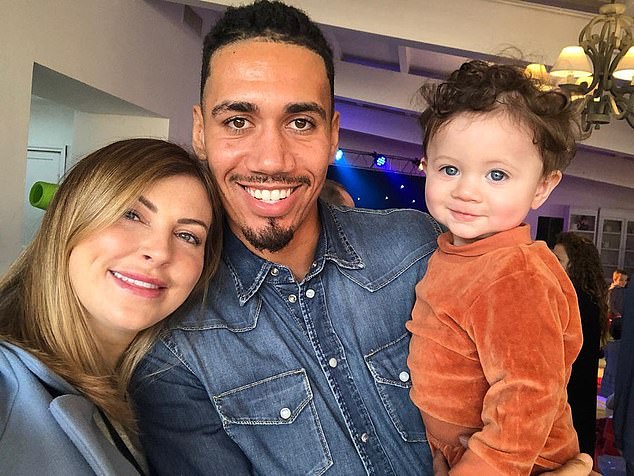 He lives with his wife Sam, 35, a glamour model and former ‘Page 3’ girl from Manchester. The couple have been married since June 2017 and welcomed their young son Leo just before they moved out to the Italian capital.

Smalling has spoken positively about his wife’s support about moving to Rome despite the 35-year-old model having to leave her hometown for her husband’s career.

The England defender told The Athletic in October 2019: ‘My wife has always been supportive. She said: “If you want to move, we’ll all move. We’ll do what’s best for your football.” I knew she’d say that, which I appreciated. 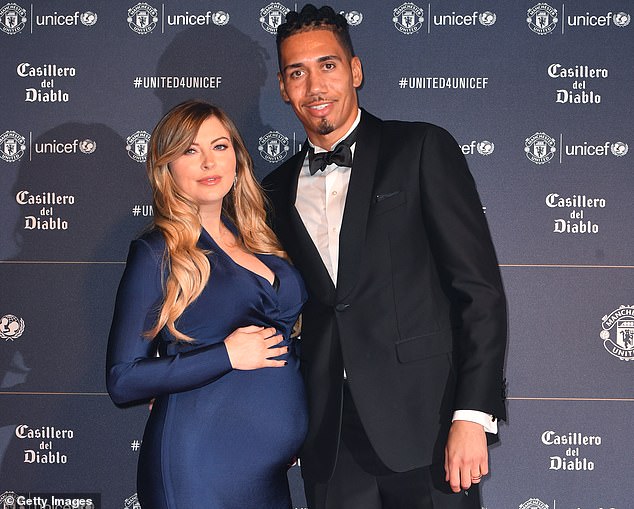 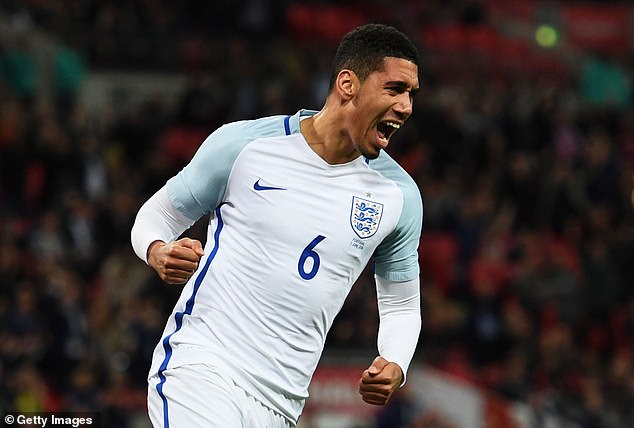 ‘So I moved. I lived in a hotel for a month and we moved into a beautiful house last week. It’s 700 hundred years old, just outside Rome. It’s surrounded by greenery which is important with our dogs.  Everyone is here now and that feels good.’

Smalling has been linked with a move away from Roma at the end of the season which Juventus and Inter Milan said to be interested in the England international.

The defender, rated at around £12million, enjoys living in Rome but this horrifying situation could open up doubts about his future.

The incident is the latest in a series of cases where intruders have targeted the homes of Serie A footballers, managers and other sporting personalities over the past year.

Earlier this year, the home of Juventus midfielder Weston McKennie was burgled while the American was playing for the Serie A side against SPAL in the Italian Cup quarter-final on January 27. 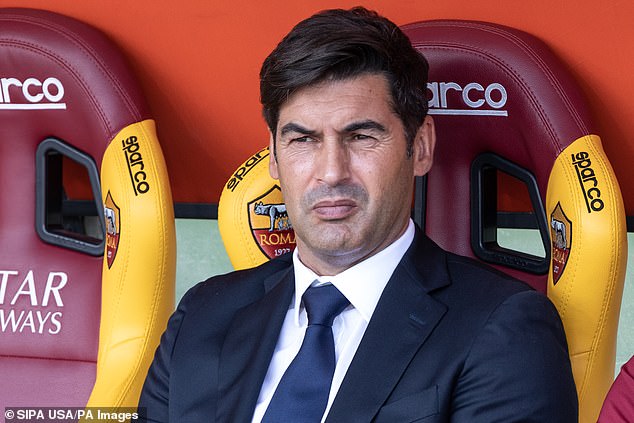 According to Sky Sports Italia, those responsible for the attack managed to take some football boots, designer clothing and other valuable items. The attack was said to be planned so that the aggressors would enter the property when McKennie was on club duty.

The villa of Roma manager Paulo Fonseca in Monteverde was burgled last October, with those responsible taking valuable items worth up to €100,000 (£87,157). The 48-year-old and his family were not at home at the time.

Last December, the home of the late Paolo Rossi was burgled during the 1982 World Cup hero’s funeral service.  Rossi’s wife – Federica Cappelletti – returned home from the funeral to find their home in Tuscany had been broken into.

In July 2020, Fiorentina forward Franck Ribery was burgled while the French winger was playing for the Serie A club against Parma.  The burglars stole jewellery and some handbags but the player’s wife and children were staying in Munich at the time.