Rome fights to save its umbrella pines after deadly parasite from U.S. infects 80 PER CENT of the city’s iconic trees

Rome is battling to save its famous umbrella pines after a deadly parasite from the US infected 80 per cent of the city’s iconic trees.

The trees are infected with insects, known as pine tortoise scale for their tortoise-like appearance, which secrete masses of sugary honeydew which turns into black sooty mould, coating the leaves and branches and often resulting in the death of the tree.

Nicola Zingaretti, President of Lazio, has now joined forces with environmental activists to ensure the estimated million trees can be saved – budgeting £435,000 (€500,000) to the cause. 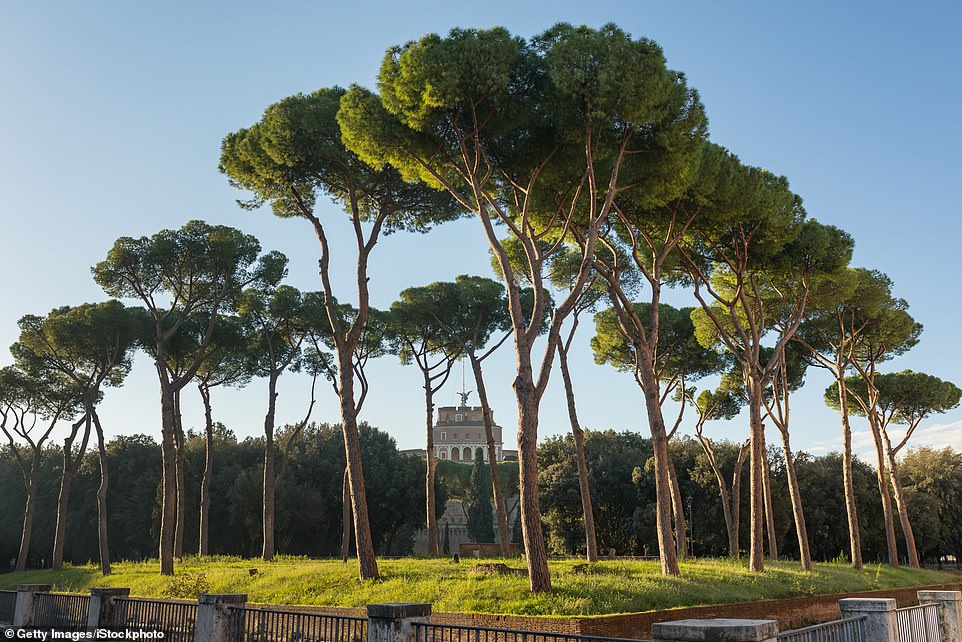 Around 80 per cent of the pine trees in Rome are believed to be infected with a deadly parasite, pine tortoise scale, which is spreading across the city. Pictured: Pines in Rome

The trees are infected with insects which secrete masses of sugary honeydew which turns into black sooty mould, coating the leaves and branches and often resulting in the death of the tree. Pictured: A dead tree in Rome which was infected with pine tortoise scale 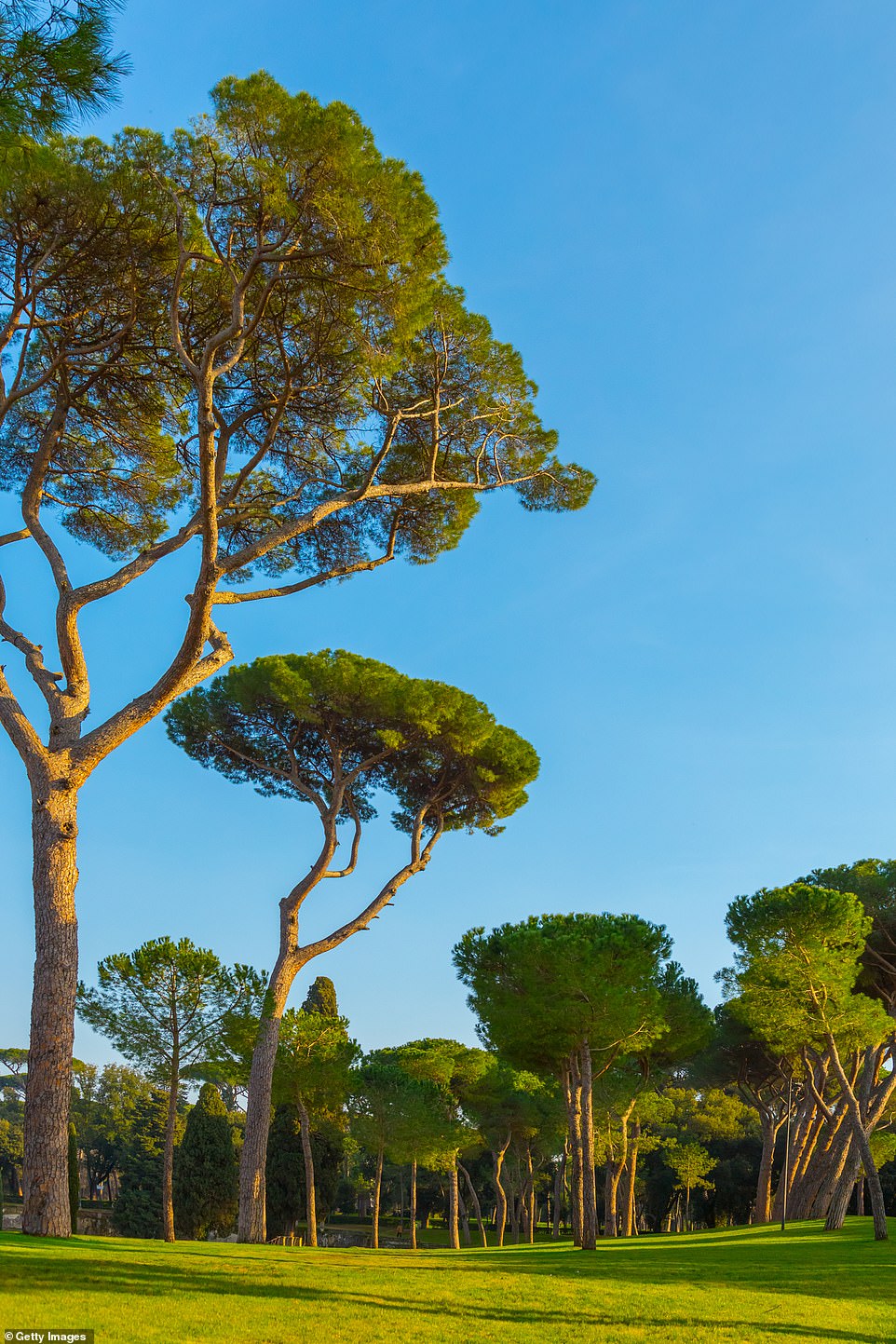 In a statement on Facebook, Zingaretti said: ‘We too want to defend this great natural, cultural and biodiversity heritage. The Lazio Region will play its part.

‘We are planting in our region with the Oxygen Project 6 million new trees. But first of all it is necessary to save those that already exist and represent a fundamental reserve of beauty and wellbeing.’

Infestations of pine tortoise shell scale occur sporadically and small outbreaks are typically easy to deal with but as trees begin to touch each other the insects spread to adjacent trees.

As the mould spreads the trees lose needles and in an effort to generate new ones, it weakens itself and the parasite attacks again – a cycle which could kill a tree off within two years.

An infestation can stunt the growth of trees, lower its seed production and destroy commercial value.

While typically found on pine trees in Canada and North America, the insect is said to have arrived in Campania in 2014 before spreading up the coast to Rome around three years ago, The Guardian reports. 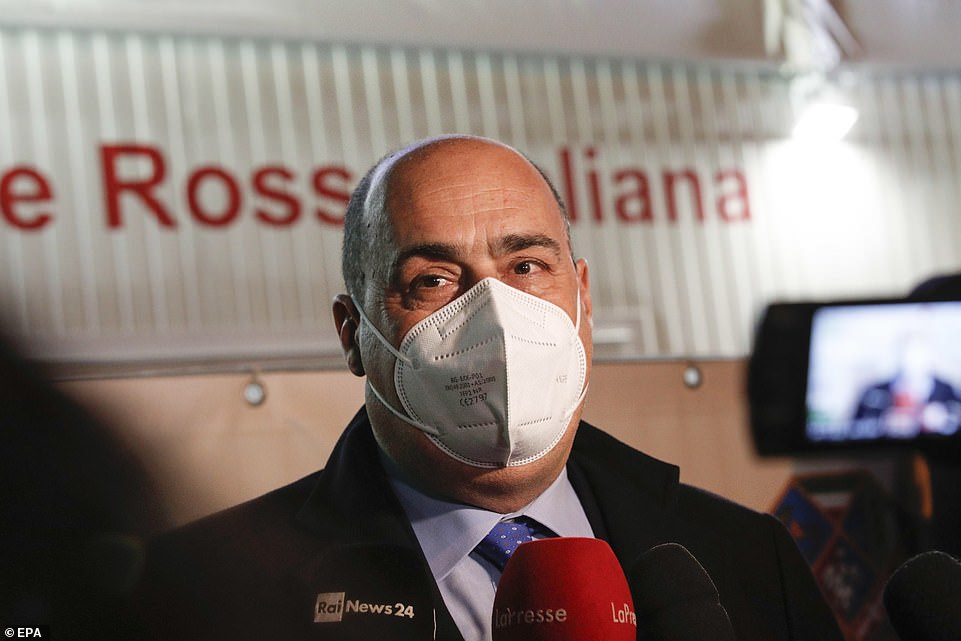 Speaking about his pledge to save the pine trees, Zingaretti (pictured) said it was ‘necessary’ to save the trees that already exist before planting more in the region 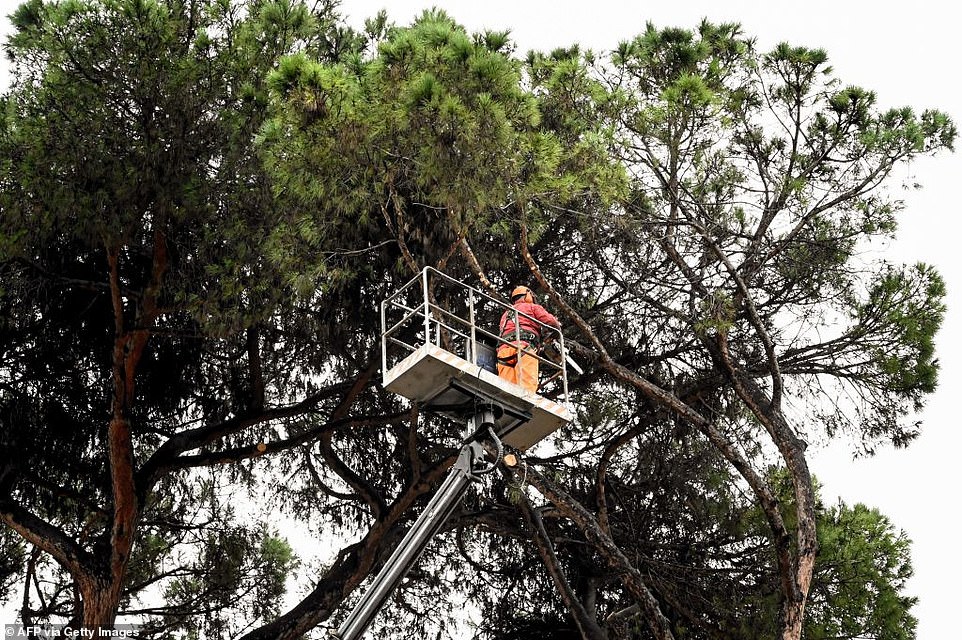 The insects are said to have arrived in Rome three years ago after spreading up the coast from Campania. Pictured: A worker standing on a crane pruning pine trees in Rome last December 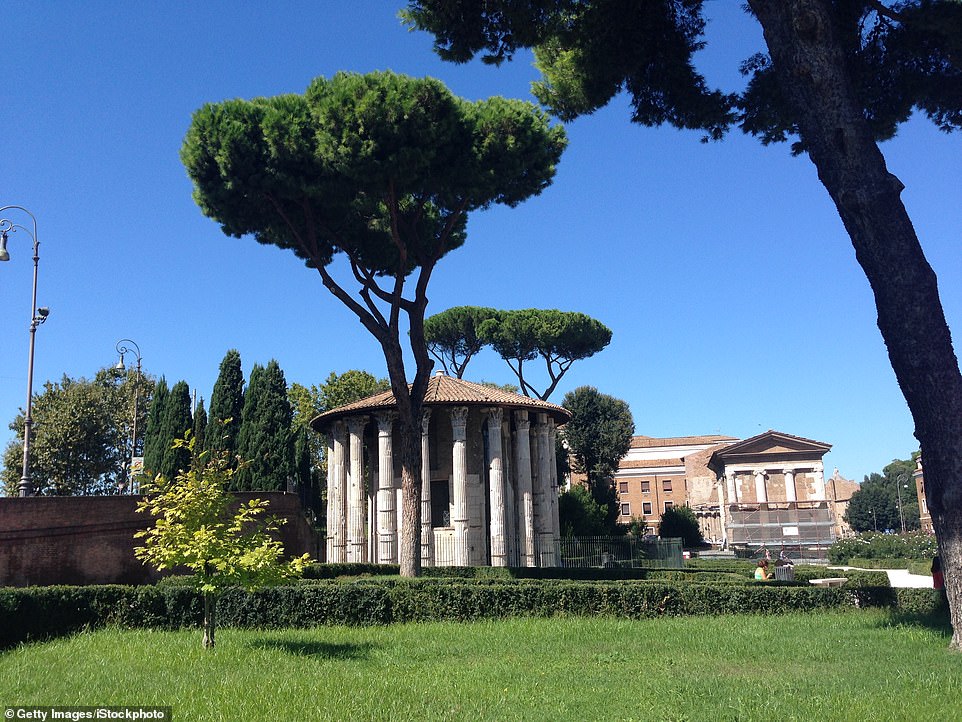 In 2019 plans had been put in place to save the trees but were delayed due to the pandemic.

The operation to rescue the iconic pines could see the trunks injected with treatments to remove the parasite.

In recent years trees in Rome which have become so infested they could not be saved have been cut down, much to the outrage of residents, local activists and environmental organisations.

Heritage group Italia Nostra issued a call for ‘mass intervention’ with the stark warning that trees are ‘about to die out’ if nothing is done to save them.

The group hosted a demonstration under the headquarters of the Ministry of Agricultural Policy on Tuesday to save the pines.

What is pine tortoise scale? 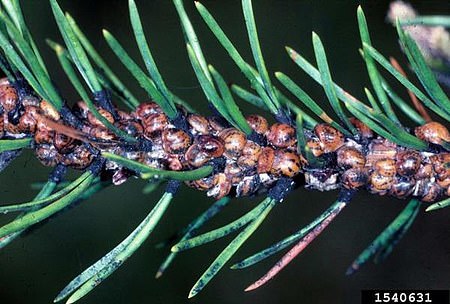 Pine tortoise scale is an insect commonly found on pine, spruce and conifers in Canada and the US.

The reddish brown insect gets its name from the mature female tortoise-like appearance.

They are typically a quarter of an inch in diameter and most commonly attack scots and jack pine.

Up to 500 eggs are laid beneath a female’s body and the young insects emerge between June and July. The males die during mating.

They produce masses of honeydew which results in the growth of black sooty mould that turns the infected tree black.

While typically easy to deal with in small outbreaks, the insects can spread from tree to tree.

An infestation can stunt the growth of trees, lower its seed production and destroy commercial value.