Italy wants to ban ice cream makers from pumping mixtures full of air and adding cheap ingredients in an attempt to preserve the integrity of its famed gelato stands.

Plans under review by the Italian senate propose strict definitions of what constitutes ‘gelato’ and who can claim to be an artisanal ice-cream maker.

Under the rules, ice cream must contain no more than 30 per cent air and be made using high quality ingredients and methods to qualify as gelato – with those caught passing off cheap imitations as the real thing facing fines up to £8,000.

But while plans to protect one of Italy’s best-known cultural exports have been welcomed by some, others say focusing too closely on what goes into gelato is nothing more than hot air. 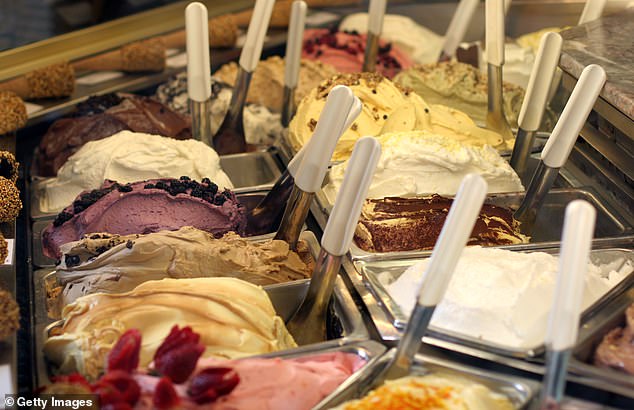 Alberto Manassei, one of Rome’s ‘gelato masters’, told The Telegraph that air in ice cream – which can be naturally introduced during mixing -is not the main enemy.

‘If you go through the list of ingredients [on industrial ice cream], you’ll see that the key one is often the last,’ he said.

‘If the last thing you find in a pistachio ice cream is pistachio, then you have a problem.’

But supporters of the law say that industrial ice cream can sometime be up to 80 per cent air, meaning consumers are effectively paying for nothing.

Though the bill’s sponsors admit that artificial flavours, colouring and hydrogenated fats being added to mixtures is also a problem and want them eliminated.

The law would also restrict the title of ‘artisan’ producer to those able to qualify on the basis of their skills and methods of production.

‘By artisan ice cream maker we mean the professional who knows the technique of balancing the ingredients for making ice cream,’ a draft of the bill says.

‘[They] know the physical characteristics of the basic ingredients and have the practical ability to produce ice cream using appropriate equipment in full compliance with the hygiene and health regulations.’ 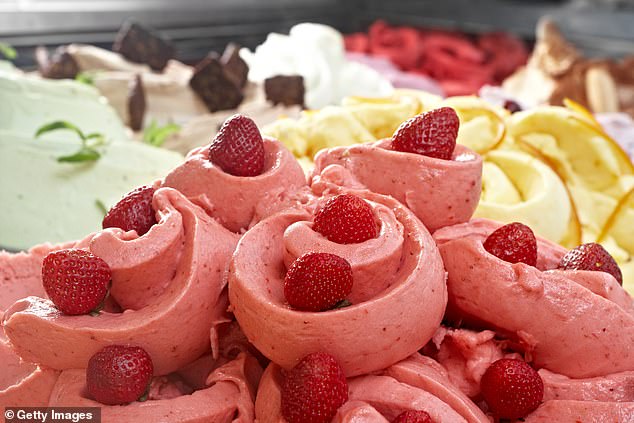 Under the bill, ice cream must contain no more than 30 per cent air and be made using high quality ingredients to be considered ‘gelato’ – with impostors facing £8,000 fines

The bill was first introduced in 2019 by socialist Senator Riccardo Nencini and is currently working its way through parliament with input from gelato experts.

A latest version of the legislation was introduced to parliament in September last year, and a draft submitted to committee on March 21.

Mr Nencini said the law is necessary to protect one of Italy’s best-known contributions to food culture, and the people who drive it forwards.

‘Italian gelato is one of the gastronomic symbols of our country, along with pasta and pizza,’ he said.

‘But our laws do not preserve artisanal ice cream and producers who make it.’

Stefano Ferrara, one of Italy’s top 50 ice cream makers according to guide Gambero Rosso, said that laws to protect his craft would be useful.

‘Many of us go to search for the best cocoa mass, the one that better fits our idea,’ he said.

‘But, at this point, it doesn’t make any sense to face the competition of those who use much easier methods.’