What a spectacle! Paraglider’s sunglasses fly off before miraculously landing back into her lap in mid-air 20 seconds later

This is the moment a paraglider’s sunglasses fly off during a dizzying acrobatic stunt and miraculously drop into her lap 20 seconds later.

Tuba Turkseve lost her glasses during the tandem flight over the resort village of Oludeniz in the south-western province of Mugla on the Turkish Riviera.

The counsellor was flying with paragliding instructor Aysenur Katirci on a tandem flight when the incident took place. 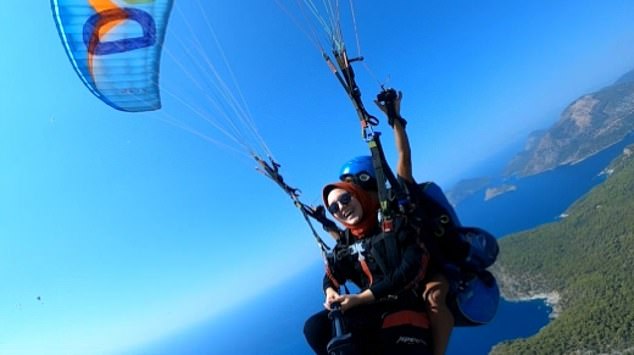 Tuba Turkseve was flying with paragliding instructor Aysenur Katirci on a tandem flight when the incident took place. The tandem flight was over the resort village of Oludeniz in the south-western province of Mugla on the Turkish Riviera 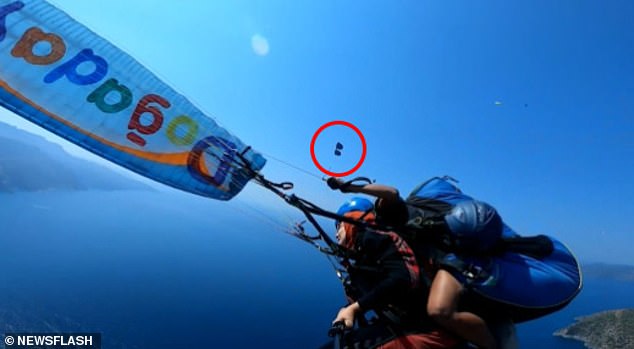 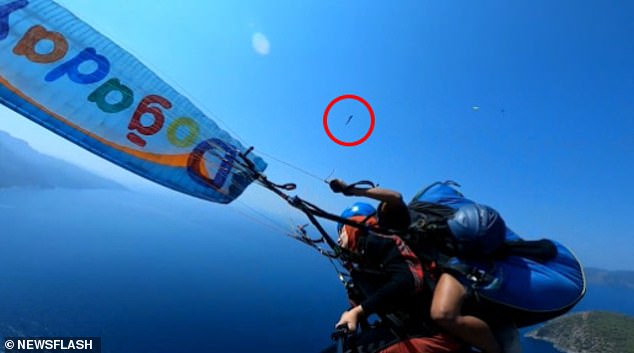 In the footage, the pair are seen enjoying the flight over the scenic Turkish Riviera when Turkseve’s magnetic clip-on sunglasses suddenly fly off during an acrobatic manoeuvre.

After they finish spiralling, Turkseve realises her sunglasses flew off during the manoeuvre and as she is telling the instructor, they suddenly drop into her lap.

Stunned, both women erupt in laughter as they descend slowly towards the golden beaches below. 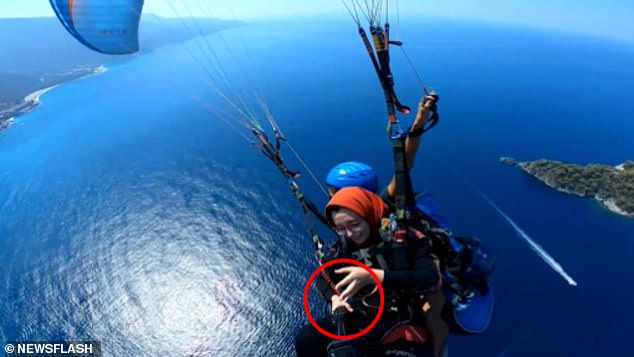 Then, miraculously, 20 seconds later the sunglasses seem to land in Turkseve’s lap to both women’s surprise 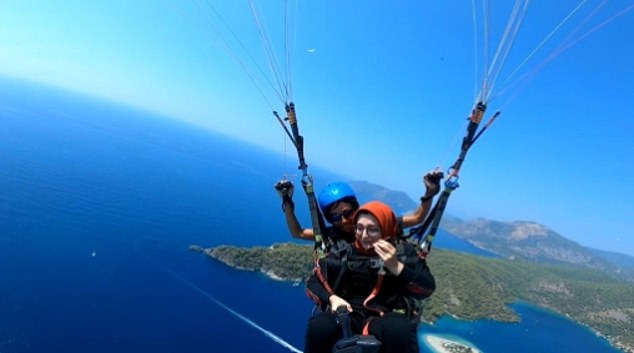 The pair immediately burst out laughing at their good fortune, which was captured on a camera attached to a selfie stick 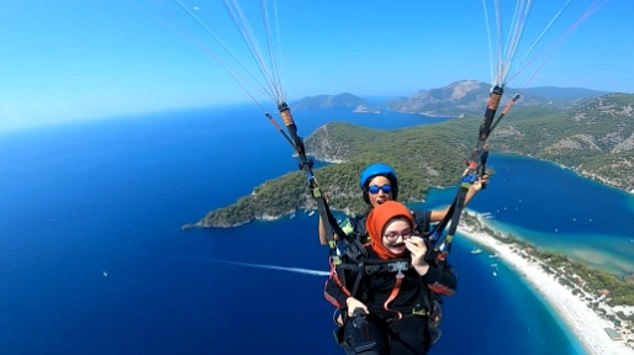 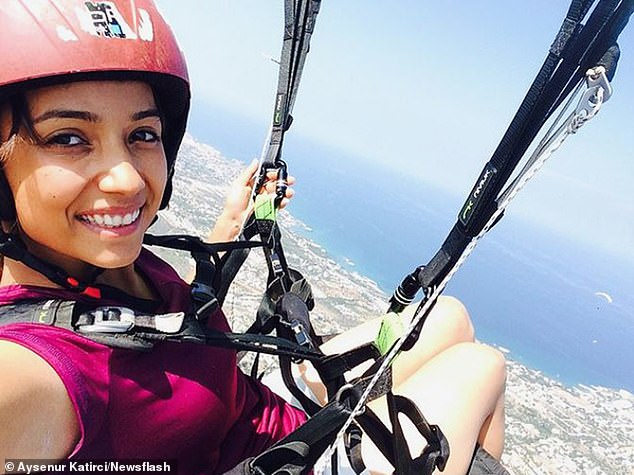 Aysenur Katirci, who lives in the port city of Fethiye, has been working as a paragliding instructor since 2015

It was not immediately clear how the sunglasses managed to get back on Turkseve’s lap, but it appears they flew off during a steep dive and miraculously managed to return when the tandem paraglide levelled off.

The video was actually filmed in the ‘2019 summer season’ but hit national headlines last week when Katirci shared it online.

The young instructor, who has been working as a professional tandem paraglider pilot since 2015, said: ‘I have never encountered such a strange incident before. It was complete coincidence, a one in a million.

‘It was very unlikely that the falling object would meet us at the same point.’

Katirci said paragliding is a ‘wonderful experience’ and that many clients enjoy ‘manoeuvres that spark a rush of adrenaline’.