Dozens of leading Hong Kong democracy activists could face up to life in prison for organising an unofficial primary election, prosecutors have confirmed, in the most sweeping use yet of Beijing’s strict new security law.

Police charged the 47 activists with ‘subversion’ after they organised a non-binding vote last year to choose candidates for an ultimately postponed local election.

The defendants say they were simply taking part in opposition politics. 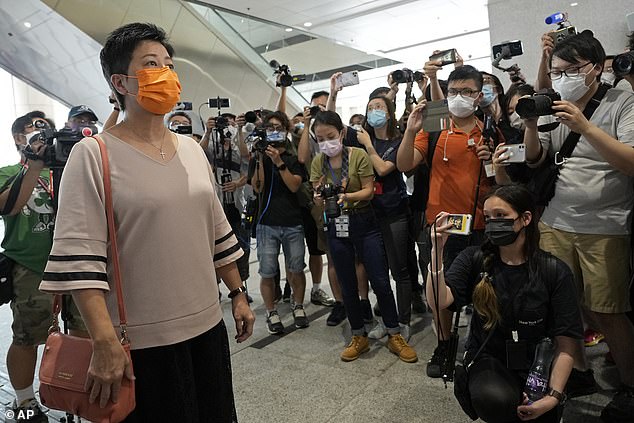 Helena Wong, left, one of the 47 pro-democracy activists who were charged with conspiracy to commit subversion is surrounded by photographers outside a court in Hong Kong, Monday, May 31 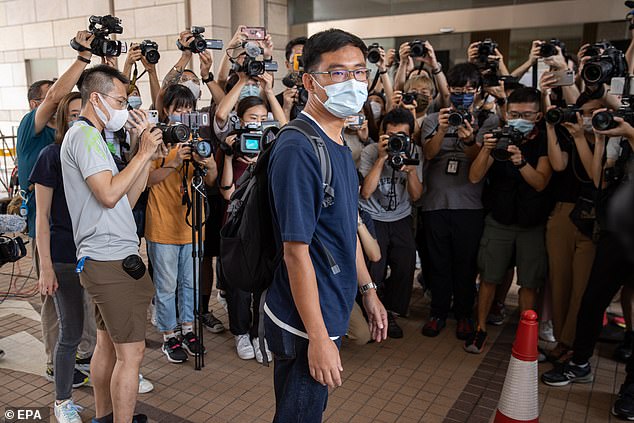 6 Pro-democracy activist Sze Tak-loy arrives the West Kowloon Law Courts Buildings in Hong Kong, China, on Monday. Sze is one of 47 pro-democracy figures charged under the Beijing-imposed national security law for subverting state power for participating in an unofficial primary in 2020 to choose pro-democracy candidates for the since-postponed legislative election

But authorities accused them of a ‘vicious plot’ to subvert the government by seeking a majority in the city’s partially-elected legislature.

On Monday the defendants appeared en masse for the first time in nearly three months at a hearing in which a judge granted a request by prosecutors to have the case upgraded to the city’s High Court.

Offences heard in that court start at seven years imprisonment for those who are convicted. The maximum penalty under the new security law is life in prison. 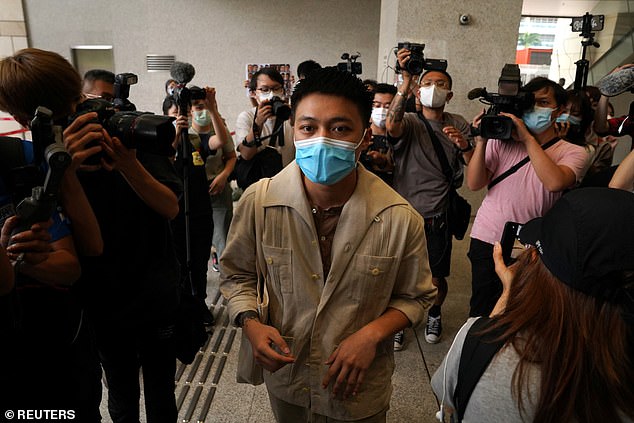 Beijing has moved to quash dissent in the semi-autonomous city after huge and sometimes violent pro-democracy demonstrations in 2019.

The security law criminalises anything authorities deem to be subversion, secession, terrorism or collusion with foreign forces.

Police and prosecutors have since applied the law broadly with the vast majority of those charged for political speech.

Under the new law – which Beijing imposed directly on the city last June – defendants may only be granted bail if they can persuade a court they no longer pose any kind of national security risk. 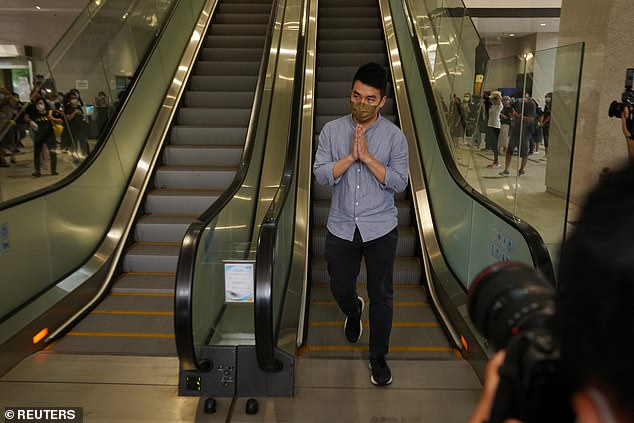 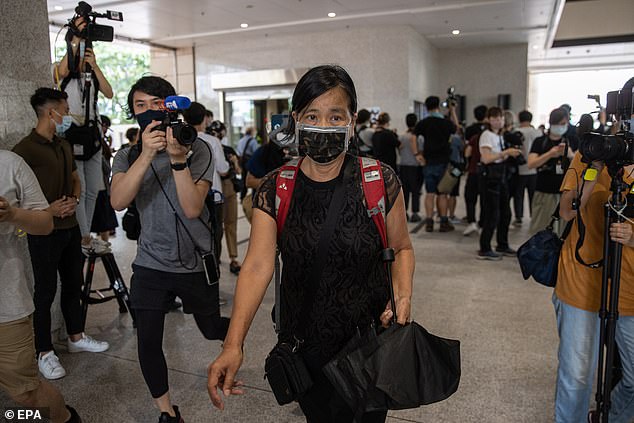 That clause has removed Hong Kong’s common law tradition that maintains a presumption of bail for non-violent crimes.

Monday’s proceedings were the first time the public was able to see most of the defendants since early March when the vast majority – 36 – were denied bail at a mammoth hearing.

That hearing dragged on for so many days that some of those in the dock collapsed from exhaustion.

Bail decisions published since that hearing have revealed that judges are deciding whether some of those in custody still pose a potential security risk. 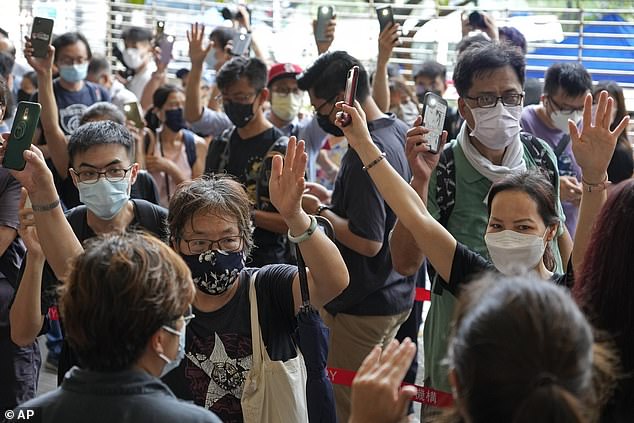 Claudia Mo, a former lawmaker, was denied bail partly because of WhatsApp messages with foreign journalists in which she commented on news and political events.

Another former lawmaker Jeremy Tam saw his application turned down in part because the United States consulate invited him by email for a ‘catch up’ – even though the email went unanswered.

In both instances judges argued the fact that the two defendants remained influential meant denial of bail was needed.

Critics say it has eviscerated the freedoms Hong Kong was promised ahead of its handover and has rapidly begun to change city’s vaunted, business reliable common law traditions.