Cheering and high-fives are to be banned at the Tokyo Olympics because of Covid, with organisers considering testing and vaccine requirements for fans.

The Games have been called a ‘suicide mission’ by business leaders amid an ongoing public health crisis in Japan, with a glacial vaccine roll-out and a fourth wave of Covid infections.

A state of emergency in Tokyo and other areas to combat the spread was extended to June 20 on Friday as the first athletes, the Australian women’s softball team, arrived in Japan.

Foreign spectators have already been banned and organisers are expected to make a decision next month on whether Japanese fans will be able to attend.

A total ban would be a hammer blow for the big money sponsors such as Toyota, Bridgestone and Panasonic who have ploughed millions into the Games on the expectation that thousands of spectators would attend. 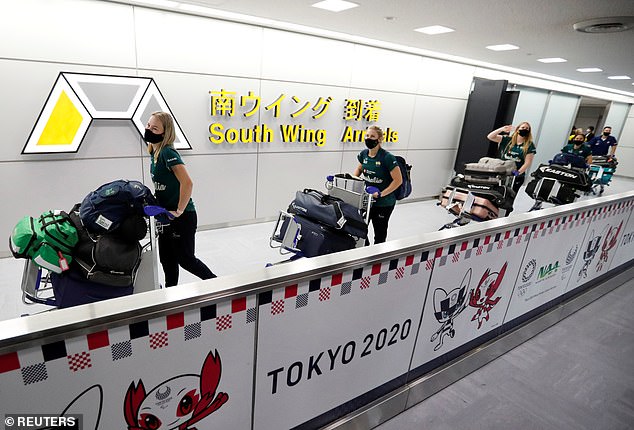 Australian softball players arrive at the airport in Narita on Tuesday 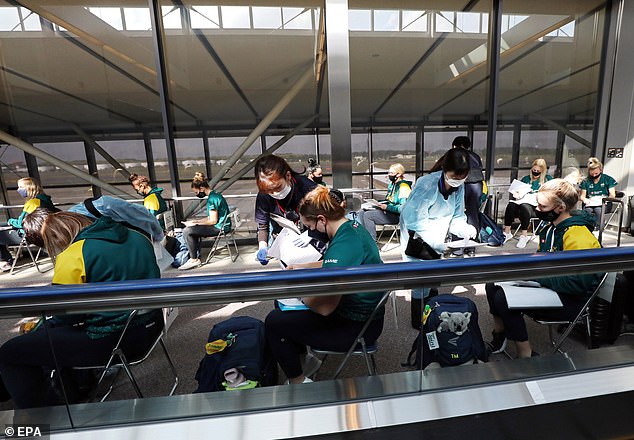 In addition to other measures like banning loud cheering and high-fives, the Yomiuri Shimbun newspaper said the government was considering whether spectators should be required to show a negative test result taken within a week of attending an Olympic event.

The Yomiuri report provoked thousands of posts on social media criticising the country’s continued push to host the Olympics in the middle of a pandemic.

The term ‘negative test certificate’ was trending on Twitter in Japan, garnering over 26,000 tweets by Monday afternoon.

‘If you can’t eat, cheer, or do high-fives, what’s the point in paying for a ticket and an expensive test?’ asked a Twitter user, while others questioned the accuracy of such tests.

In a poll published by the Nikkei paper on Monday, over 60% of respondents were in favour of cancelling or delaying the Games, a result in line with previous polls by other media outlets.

The public feeling towards the competition and possible spectator ban has left sponsors anxious over whether they will see a return on their investments.

Around 60 Japanese companies ploughed a record $3.3 billion into the event, which was postponed for a year over the pandemic, and leading firms such as Toyota, Bridgestone and Panasonic have multi-year Olympic partnerships.

Toyota last month acknowledged public ‘concern’ and said it was worried that ‘some people’s frustration is directed towards athletes’.

‘As a sponsor, we are truly distressed by that,’ said communications director Jun Nagata.

‘We are agonising every day about what should be done.’

And in a sign of the rising disquiet, the Asahi Shimbun newspaper – itself a sponsor of the Games – last week broke ranks to call for a cancellation.

In an editorial, the left-leaning daily warned Japan was in no place to host the Olympics, given current infection levels and a sluggish vaccine rollout.

It also slammed the ‘self-righteous’ leadership of the International Olympic Committee, which it said appeared committed to holding the Games at any price, and despite public concerns. 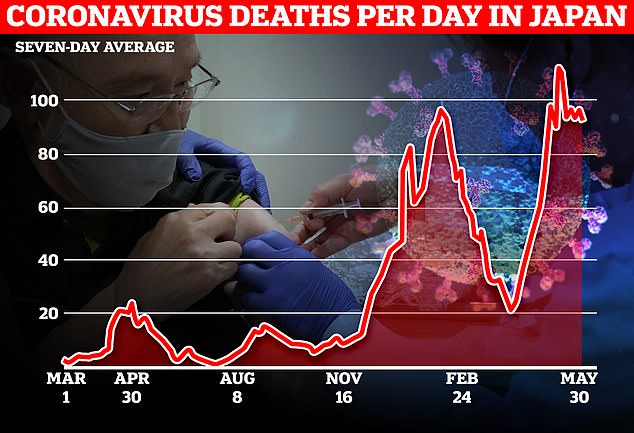 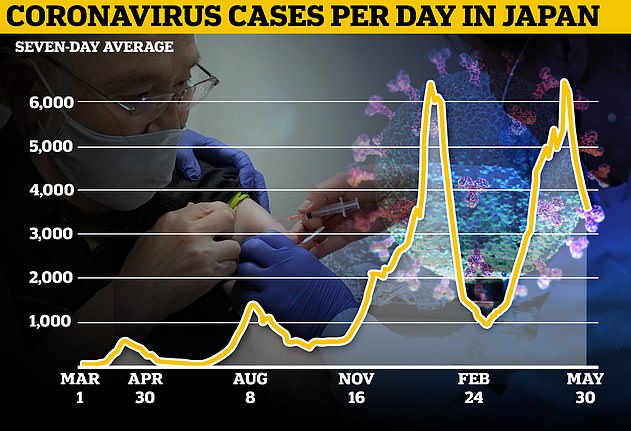 Local sponsors now find themselves in a ‘very tough’ position, said Norm O’Reilly, director of the International Institute for Sport Business and Leadership at the University of Guelph.

‘I would advise staying focused on support of the athletes,’ he told AFP.

Organisers have taken the unprecedented decision to ban overseas fans at the Games, and will decide later this month how many local spectators will be permitted, if any.

While a Games behind closed doors would hit organisers through lost ticket sales, O’Reilly said big sponsors could still benefit from the global audience.

‘They are very much focused on the global platform of billions who will engage with the Games via television and streaming,’ he said.

‘People in most countries are desperate for an end to the pandemic and a return to some semblance of normal life,’ he added. 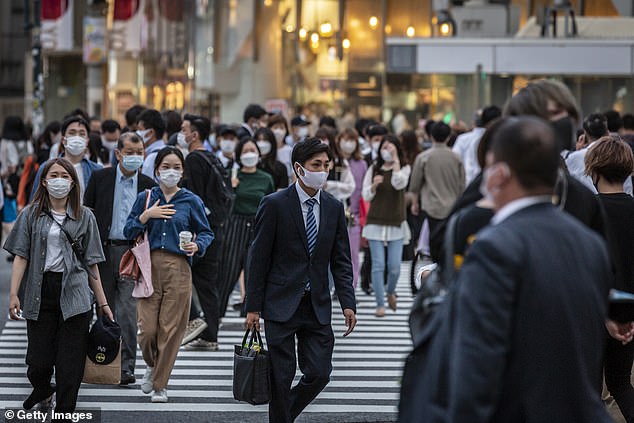 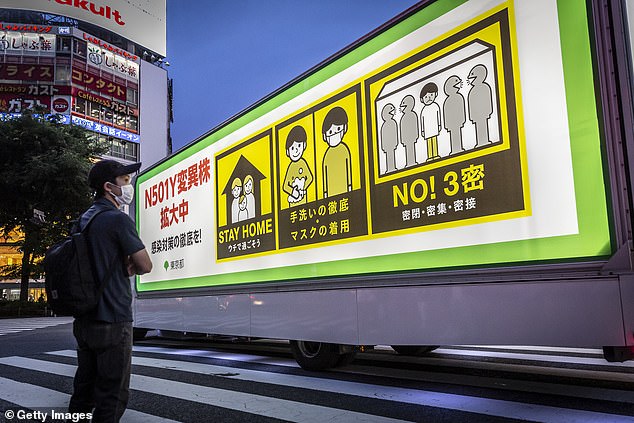 ‘So from that perspective, I think there’ll be high interest and following of the Games, which is what sponsors want and need.’

It may be smaller local sponsors who are worst hit, according to Taisuke Matsumoto, a lawyer and sports law specialist at Waseda University.

Before the pandemic, many were running Olympic-related adverts almost daily, ‘but from last year, they have stopped because of customer sentiment,’ he said.

Firms are largely keen to avoid stirring things up and ‘will not oppose the Tokyo 2020 Games individually’, he said.

‘I suspect that sponsors are still trying to figure out how to convey recognition of Covid-19 while also communicating the inspirational sports stories,’ he told AFP.

‘It’s not an easy mix of messages to accomplish. But that doesn’t mean it should be avoided.’