The gesture with Putin was clearly a made-for-camera moment. It indicates the serious and weight the leaders gave their one-on-one meeting.

During his meetings with G7 leaders, Biden exchanged elbow bumps, a nod to the coronavirus restrictions still in place in many European countries. He gave bumps to UK Prime Minister Boris Johnson, Johnson’s wife Carrie and French President Emmanuel Macron.

There was a hand shake here or there but the leaders mostly used bumps. At the official greeting of leaders, it was elbow-to-elbow salutations.

Additionally, Biden wore a face mask for many of his G7 events. He did not wear one for his sit down with Putin. 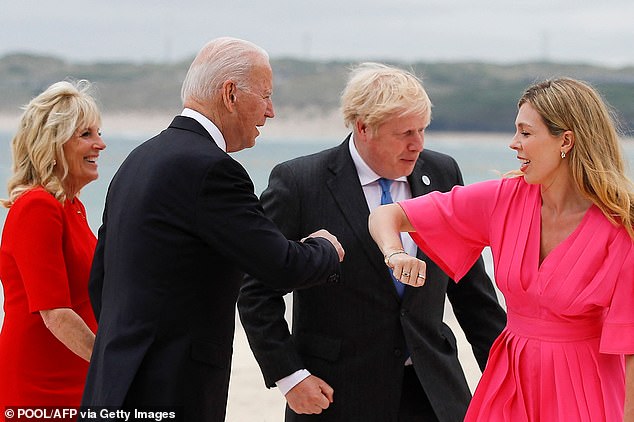 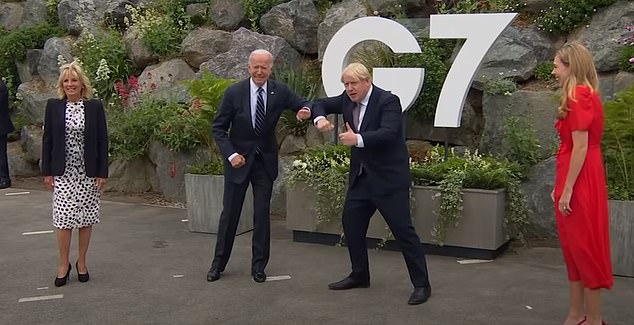 The summit with Putin was organized and choreographed by US and Russian officials ahead of time with both sides agreeing to the details.

The two men arrived within a few minutes of each other: Putin, after a last-minute arrival by air and motorcade; Biden by driving from his nearby hotel, having arrived Tuesday.

Biden extended his hand first as the pair shook hands and they smiled for the cameras outside the Villa de La Grange before heading inside.

Russian state media released a photo of the two leaders shaking hands again once they were inside.

The highly-anticipated first presidential summit is a Cold War throwback to Ronald Reagan’s meeting with the Soviet strongman Mikhail Gorbachev in Geneva in 1985.

Relations between the two sides are similarly cool – at their lowest ebb in decades after the Kremlin’s cyber offensives, election meddling, threats to invade Ukraine, poisonings of dissidents both at home and abroad, and its increased intervention in the Middle East, where it is accused of shadowy mercenary deployments.

Putin said via a translator: ‘Mr. President I’d like to thank you for your initiative to meet today. I know that you’ve been on a long tour. Still, the U.S. and Russia relations have a lot of issues accumulated that require the highest-level meeting. And I hope that our meeting will be productive.’ 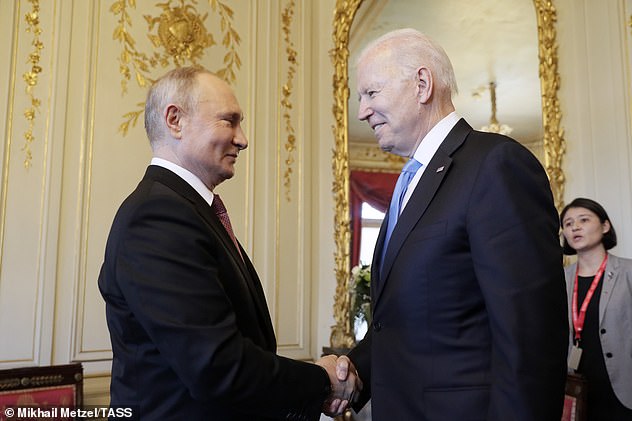 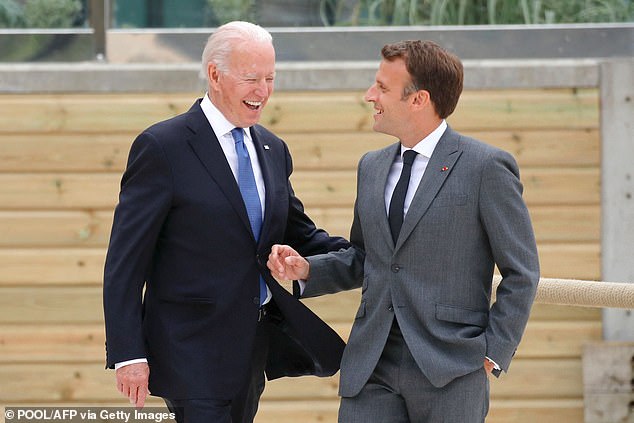 President Biden with French President Emmanuel Macron at the G7

Washington has been seeking to lower expectations of the meeting with Putin, which saw Moscow rocking the boat over the weekend with naval drills staged 300 miles off the coast of Hawaii – its largest military exercise in the Pacific since the Cold War.

‘We have a 20+ year track record of seeing exactly who Putin is – no summit is going to change that, and I’m sure Biden and his team know that,’ tweeted former Obama deputy national security advisor Ben Rhodes.

The event has been both choreographed in its broad outlines and adjusted on the fly, some areas left entirely open – including the food.

‘No breaking of bread,’ quipped a senior official when asked about the lack of a set meal.

But the official allowed, ‘I presume that the principals and the participants can ask for some water or coffee or tea.’