Iran’s only nuclear power plant was mysteriously shut down just hours after the election of a new hardline president which sparked condemnation from Israel.

The Bushehr nuclear power plant, in southern Iran, shut down on Saturday and is expected to be out of action for ‘three to four days’ while ‘repairs’ are carried out, officials said – without explaining why repairs were needed.

Just hours beforehand, Iran had announced that Ebrahim Raisi – known as the ‘Butcher of Tehran’ for his part in the execution of some 30,000 political prisoners in 1988 – had been elected as its new president.

The election prompted a furious response from Naftali Bannet, Israel’s new prime minister, who vowed to go after the country’s nuclear capabilities in response.

Israel has not claimed responsibility for the shutdown of Bushehr, but does not routinely comment on its actions again Iran.

Iran’s sole nuclear power plant, at Bushehr, went offline suddenly on Saturday for ‘repairs’ that officials said would take the rest of the week 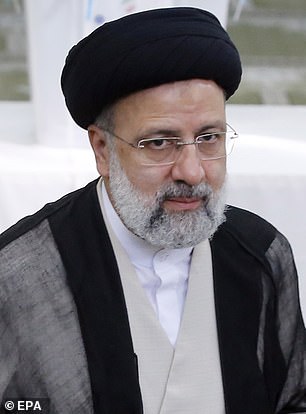 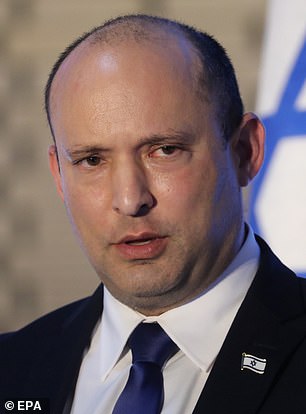 Opening the first session of his new cabinet on Sunday – the first day of the working week in Israel – Bennett declared that the world must ‘wake up’ to the election of Raisi, who he called a ‘mass murderer’.

Bennett, himself seen as a nationalist hardliner, added that he would never allow ‘a regime of brutal hangmen’ to create a nuclear weapon.

He spoke as western leaders attempt to renegotiate a nuclear pact with Iran that was signed by President Obama and Hassan Rouhani, Raisi’s more-moderate predecessor, back in 2015.

The deal bound Iran to a series of measures that the Obama administration insisted would prevent it from developing a nuclear weapon in return for economic incentives such as lifting sanctions.

Israel and Iranian opposition groups bitterly opposed the pact, saying it lent legitimacy and strength to a regime that deserved neither.

President Trump then tore up the deal in 2018 and reimposed sanctions, as part of a wider realignment with Israel that included recognising Jerusalem as its capital and having several Middle Eastern states normalise relations with the country.

After trying and failing to renegotiate the deal with European powers, Iran began breaking with its terms in protest – stockpiling uranium and enriching it to near weapons-grade level.

President Biden has vowed to renegotiate the pact as part of his drive to reset America’s relations with other nations following the Trump era.

But Raisi’s election has complicated matters, with negotiators saying in Vienna last week it is ‘troubling’ that Raisi has not distanced himself from human rights abuses.

Talks on reviving the Iran deal were then quickly adjourned so diplomats could return to their home countries and seek further guidance on how to proceed.

Raisi does not officially take power until August, meaning a deal could be struck before then.

US National Security Advisor Jake Sullivan, who is leading US negotiations, seemed optimistic about that possibility as he spoke after the talks.

The Bushehr plant was opened in 2011 with the help of Russia, and as part of its conditions of operation all fuel must be produced in Russia and sent back there for processing afterwards

‘The ultimate decision for whether or not to go back into the deal lies with Iran’s supreme leader, and he was the same person before this election as he is after the election,’ he told ABC News.

However, Bennett warned: ‘Raisi’s election is, I would say, the last chance for world powers to wake up before returning to the nuclear agreement, and understand who they are doing business with.

‘A regime of brutal hangmen must never be allowed to have weapons of mass destruction. Israel’s position will not change on this.’

The Bushehr reactor went online in Iran in 2011, with help from Russia.

As part of the deal, Iran is required to send spent fuel rods from the reactor back to Russia so the fuel cannot be used to make weapons.

Earlier on Sunday, Iran released a statement saying that the nuclear plant was being repaired, without offering further details.

In March, nuclear official Mahmoud Jafari said the plant could stop working since Iran cannot procure parts and equipment for it from Russia due to banking sanctions imposed by the US in 2018.

Bushehr is fueled by uranium produced in Russia, not Iran, and is monitored by the United Nations’ International Atomic Energy Agency. The IAEA did not immediately respond to request for comment on the reported shutdown.

Construction on Bushehr, on the coast of the northern reaches of the Persian Gulf, began under Iran’s shah in the mid-1970s.

After the 1979 Islamic Revolution, the plant was repeatedly targeted in the Iran-Iraq war. Russia later completed construction of the facility.

The plant, which sits near active fault lines and was built to withstand powerful quakes, has been periodically shaken by temblors.

There have been no significant earthquakes reported in the area in recent days.