A group of young men risking immediate death by taking selfies at the top of some of Australia’s tallest buildings are now under investigation by police.

In a series of videos filmed earlier this month and posted to social media, the anonymous men are seen at the top of Gold Coast and Sydney skyscrapers, as well as Brisbane’s Story Bridge, without any safety equipment.

One image showed the men at the edges of the narrow pinnacle atop the 243m-tall Peppers Soul building at Surfers Paradise on the Gold Coast.

One took a dizzying image looking down over the edge in a scene that would make most people weak at the knees.

‘I work in height safety and still wouldn’t do this,’ one person commented underneath the video on the TikTok feed it was posted to.

In other videos they walk off rooftops of high-rise buildings onto thin metal beams, a sheer drop to earth beneath them 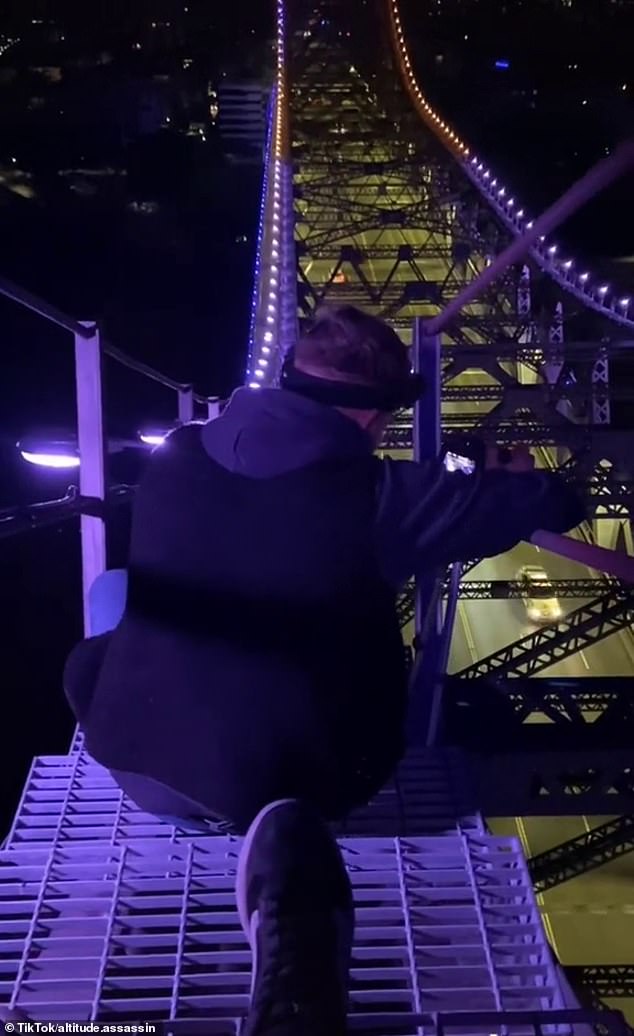 The men seen atop Brisbane’s Story Bridge, without any safety equipment 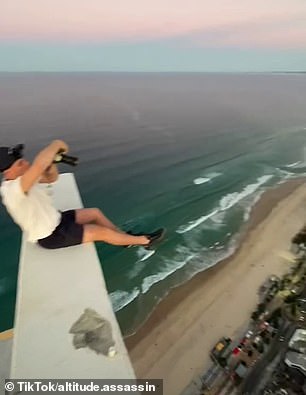 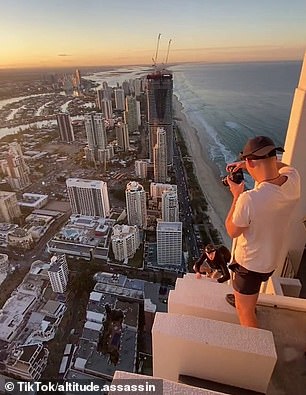 In one video the men could be seen running down the fire escape stairs inside a building as they’re nearly discovered by a maintenance worker.

The trend of taking photos and videos in such precarious locations is known as ‘urbexing’ – or urban exploration – which became popular around 2017.

The Peppers stunt was reported to police but the daredevils had left the building by the time they arrived.

‘Investigations are underway with a view to finding the offenders in this case,’ Acting Inspector Paul Hunter of Gold Coast Police told 7 News Brisbane.

The men could be charged with trespass, which carries a penalty of up to a year’s imprisonment. 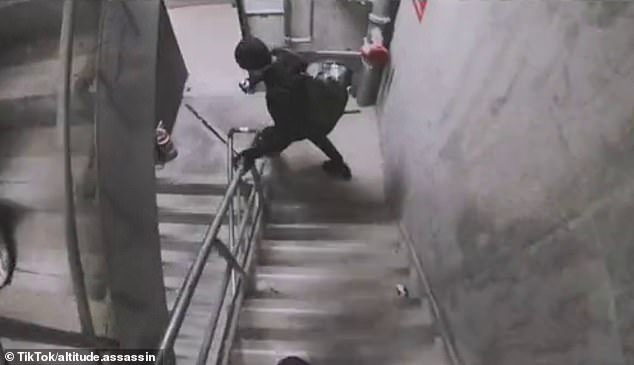