The private equity barons circling Morrisons look set to raise their bid for a second firm they are pursuing after shareholders slammed an earlier offer.

Such a move would be unusual since UDG’s board had already backed the lower offer.

On the cheap: Clayton Dubilier & Rice was told its £5.5billion bid for Morrisons is too low

But shareholders were outraged and have forced CD&R to reconsider.

The private equity firm was this week also told its £5.5billion bid for Morrisons is too low – by the board and by shareholders – with analysts suggesting it would need to rise to £6.7billion to stand any chance of succeeding.

The twin approaches for UDG and Morrisons have riled shareholders amid concerns that private equity predators are trying to buy up British firms on the cheap in a case of pandemic plundering. A host of London-listed companies have been targeted by private equity since their share prices tumbled in the coronavirus crisis including G4S, Aggreko, John Laing and St Modwen Properties. Asda has also fallen into private equity hands.

This paper has been highlighting the sharp practices used by many buyers, who often milk a company for profit before selling it on a few years later.

Businesses including Debenhams, the AA and care home chain Southern Cross all either floundered or collapsed entirely following periods in private equity ownership, weighed down by problems which could be traced back to their time in the buyout titans’ hands.

MPs have also raised their concerns. Tory Sir John Hayes said: ‘I’m delighted the Daily Mail is shining a light in this area. It’s easy to be complacent about who owns companies but Covid has taught us that globalisation has created dependencies and fragility that pose huge risks to our country and people.’ CD&R said it was considering upping its offer for UDG ‘following discussions with certain UDG shareholders’. Allianz Global Investors, UDG’s largest shareholder, said the initial offer was ‘opportunistic and significantly undervalues’ the healthcare firm.

Top ten investor M&G Investments said it ‘fails to offer fair value to ordinary shareholders’. And in a further blow to CD&R, M&G’s Rory Alexander said the increased 1080p bid ‘would still fall short of our expectations on behalf of our customers’.

Shareholders were due to vote on the deal yesterday, but UDG has pushed back the meeting until CD&R’s latest approach is formalised. Similarly, Morrisons shareholders dismissed the approach for the supermarket chain from CD&R.

PENSION POT MUST BE PROTECTED 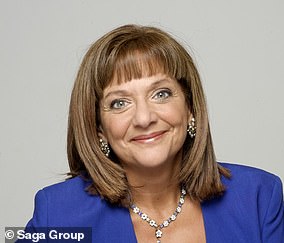 Morrisons pension pots must be protected if it is taken over by private equity, experts have warned.

Trustees of the pension schemes should demand safeguards from any firm which wants to launch a bid to ensure retiring workers are not left out of pocket, they added.

This could include vowing not to siphon off any surplus pension money and at least maintaining the company’s current commitments to the schemes.

Baroness Altmann, a former pensions minister, said: ‘There are a number of dangers – if there is an apparent surplus in the schemes, is it possible that the private equity guys will try and take that away?’