The 62-year-old, who took over in July 2017, is jumping ship to join luxury shoe and handbag maker Salvatore Ferragamo.

The move will allow Gobbetti to return to Italy and be closer to his wife and children, but the fashion industry veteran only revealed his decision to the Burberry board on Sunday night – sparking a frenzied search for a successor to take over early next year.

Gobbetti, who has earned £14.7million in the role, said: ‘With Burberry re-energised and firmly set on a path to strong growth, I feel that now is the right time for me to step down.’

The sudden departure also raised concerns in the City that creative director Riccardo Tisci will follow him out of the door.

He added: ‘The board and I are naturally disappointed by Marco’s decision, but we understand and fully respect his desire to return to Italy after nearly 20 years abroad.

‘With the execution of our strategy on track and our outlook unchanged, we are determined to build on Burberry’s strong foundations.’

Salvatore Ferragamo said Gobbetti will take over ‘as soon as he is released from his contractual obligations’, which could be up to 12 months.

Gobbetti took over at Burberry after Christopher Bailey, who was both chief executive and creative director, ceded power amidst a lacklustre share price performance. 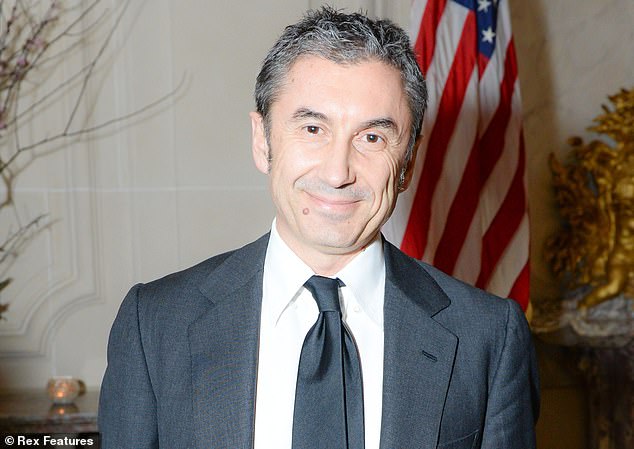 The Italian, who had run Moschino, Givenchy and Celine, was charged with taking Burberry further upmarket and bringing the brand to a new generation of young, wealthy shoppers.

He slashed discounting and focused on social causes close to the heart of the younger generation, for example signing a charity tie-up with Manchester United footballer and anti-poverty campaigner Marcus Rashford.

The company intends to be carbon neutral by 2022, and this year took a stance against using cotton from Xinjiang, in China, following allegations it was produced in forced labour camps.

The pandemic initially hit Burberry hard, closing its stores and forcing high-spending tourists to stay home, but a successful pivot online helped limit lost sales to £289million, equivalent to 11 per cent of 2019-20 sales.

At last Friday’s close, the shares had gained 35 per cent since he became chief executive, compared to a 2 per cent drop in the FTSE 100 over the same period.

A Burberry source said the board had made contingency plans for succession, including compiling a list of candidates from inside and outside the company.

They added: ‘It’s not like the nomination committee is starting on a blank piece of paper. It’s one of the top gigs in the industry and we’re confident we’ll find someone in time.’