Far-right police, soldiers and civilians in Germany have held military exercises to prepare for ‘Day X’ – when they believe they must seize power to save the country, shocking new evidence has revealed.

New photos show members of the secret group Nordkreuz, or Northern Cross, dressed in camouflage and carrying weapons as they lug equipment through forests, fast-rope off bridges and clamber through underground tunnels.

The images were retrieved from a hard drive, along with maps and plans, which was was obtained by investigative reporter Dirk Laabs. It is not clear who gave him the drive.

It contains plans for Day X, a date when Nordkreuz claims the German state will collapse and the far-right will seize power to re-establish order.

Laabs spoke to PBS Frontline to reveal the trove of intelligence, telling the US broadcaster that these were ‘big training drills’ which involved professional ‘soldiers who would train civilians.’

‘So, it was really thought-through. It was a military operation,’ Laabs added. 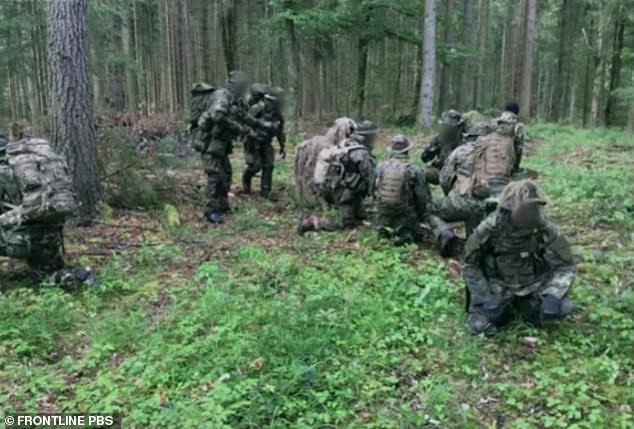 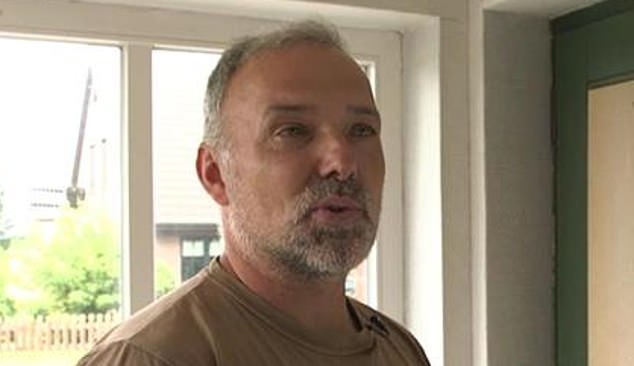 Marko Gross, a police sniper and former parachutist, formed a parallel group called Nordkreuz and acted as their de-facto leader. He received a 21-month suspended sentence last year for possession of illegal weapons 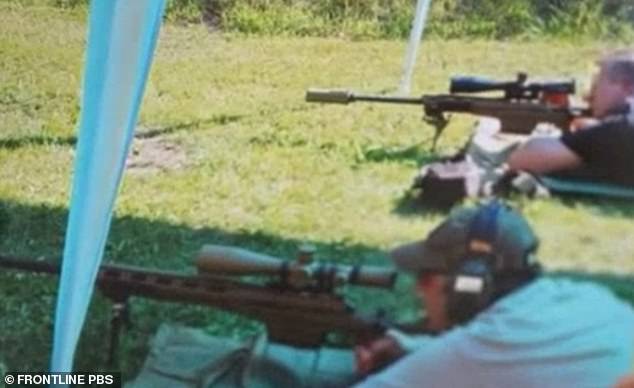 The group spawned from an online chatroom which was set up by a member of Germany’s elite special forces, the KSK, for servicemen with far-right sympathies.

But it grew extreme and turned into something more menacing after Angela Merkel welcomed thousands of refugees from the Middle East and North Africa in 2015.

Marko Gross, a former paratrooper and police sniper, created a parallel group called Nordkreuz and acted as its de-facto leader.

Nordkreuz, based in the northeastern state of Mecklenburg-Western Pomerania, came onto the police radar in 2017.

The group of around 30 former police and military serviceman were preparing for Day X – when they believed that public order would collapse.

It is not clear what exactly would precipitate this fall into chaos but the group were particularly concerned about the influx of refugees from the Middle East and North Africa during the European migrant crisis of 2015.

The BfV, Germany’s domestic terror agency, believed they were preparing for the day with ‘enormous intensity.’

They had drawn up lists of 25,000 political opponents, including their addresses gleaned from police computers, ordered 200 body bags, along with quicklime, and had stockpiled weapons and ammunition stolen from police armouries.

All of the Nordkreuz members were trained marksmen.

According to the investigative reporter Dirk Laabs, the group had a document which contained instructions on what to do on Day X.

This included details on where they should meet, code words, the channels they would use to communicate and the signs they would show to pass road blocks when the day arrived.

Laabs said he spoke to other witnesses who said they had meetings where they talked about how they would take over military units on Day X.

Laabs obtained private message exchanges between the members who were sharing memes which included on which showed a Nazi soldier shooting hostages in WWII and implying that the same should be done to migrants.

‘We can really see that these guys are hardcore neo-Nazis. You know, it’s a lot of racism,’ the reporter told PBS.

In Germany, the dissemination of neo-Nazi material is a criminal offence.

Laabs also uncovered a Day X dossier which was being passed out to the members of Nordkruez with military instructions for what they should do, where to meet, code words, the channels they would use to communicate and the signs they would show to pass road blocks when the day arrived.

The investigative reporter said he spoke to other witnesses who said they had meetings where they talked about how they would take over military units on Day X.

Police learned about the group in 2017, finding that Nordkreuz had identified attack sites, some of which they had already reconnoitred.

In 2019, Germany’s domestic intelligence agency BfV revealed that Nordkreuz had compiled a list of political opponents and ordered 200 body bags and quicklime in preparation for Day X.

They said that all of the members of the group were trained marksmen and included one active member of the elite forces unit of the state police force of Mecklenburg-Western Pomerania.

The BfV said that the men, communicating via the encrypted messaging app Telegram, were preparing for Day X with ‘enormous intensity,’ and had used data from police computers to make a list which contained 25,000 names and addresses.

They mostly belong to local politicians from the major parties, the Christian Democrats, Social Democrats, Greens and Left party. All of the politicians were considered to be ‘pro-refugee.’

Martina Renner, who sits on a committee in the German parliament which investigates extremism, told PBS: ‘They had organised trainings, sniper trainings, urban combat training, those kind of things. And yeah, that it was a typical terrorist structure.’

Authorities believed there were around 30 active members of Nordkreuz.

In 2017, raids were carried out on members who were found in possession of Nazi memorabilia, lists of ‘enemies’ and tens of thousands of bullets – the vast majority of which were stolen from police armouries. 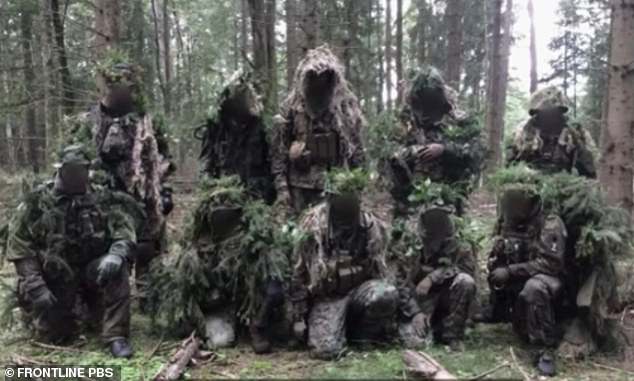 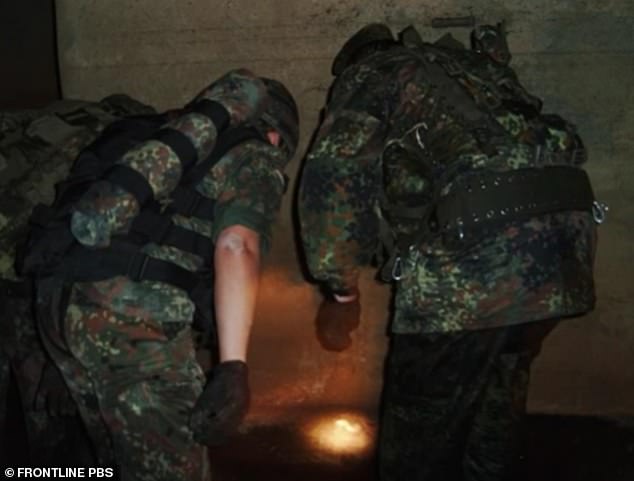 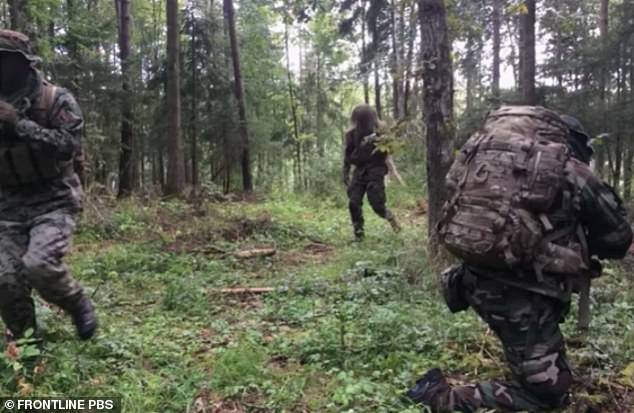 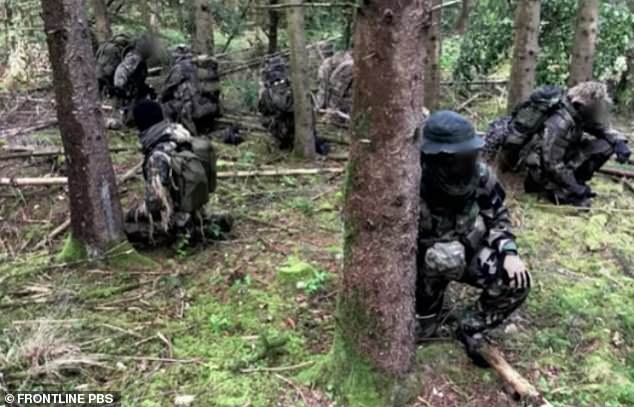 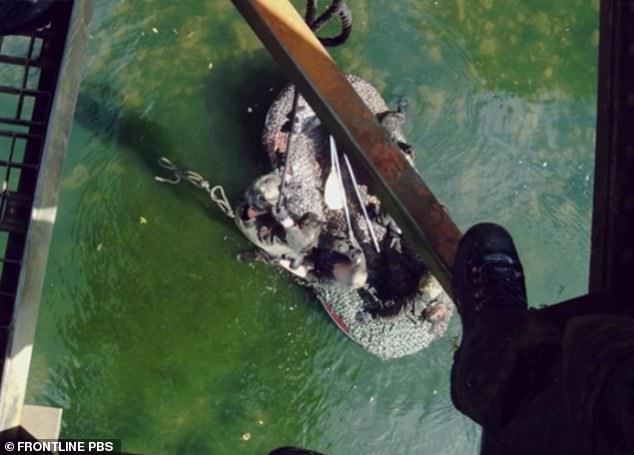 Gross was among those with weapons stashed at his home.

In August 2017, police seized two dozen weapons and 23,800 rounds of ammunition, some of it stolen from police and military stockpiles.

Another raid in June 2019 turned up 31,500 rounds of ammo and an Uzi submachine gun. He was then arrested.

He received a 21-month suspended sentence last year for possession of illegal weapons.

The investigative reporter claims that if Gross had been an Islamic extremist that a harsher sentence would have definitely been meted out. 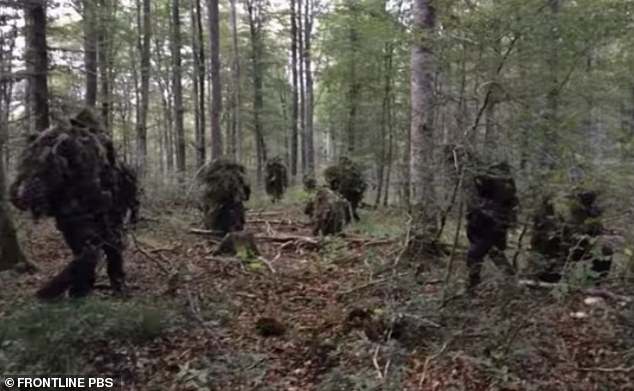 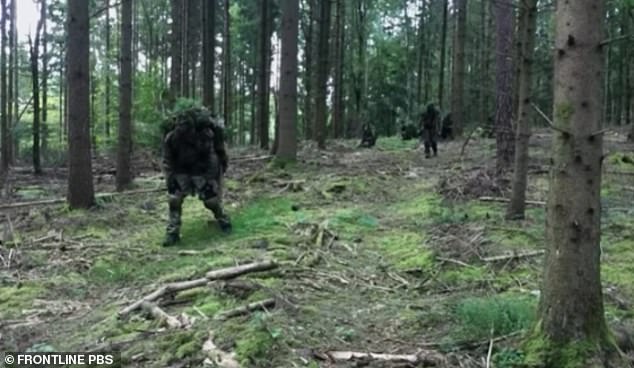 Gross has previously told reporters that Nordkreuz was just ‘prepping’ in case of social disorder.

‘The scenario was that something bad would happen,’ Gross told The New York Times in May. ‘We asked ourselves, what did we want to prepare for? And we decided that if we were going to do this, we would go all the way.’

Gross denied that he had ever associated with anyone who was a neo-Nazi.

The extent to which the group would ‘go all the way’ is the subject of ongoing investigations.

Of the roughly 30 Nordkreuz members, two others, a lawyer and a former police officer, are being probed by federal prosecutors on suspicion of plotting terrorism.

Gross is a witness not a suspect in that ongoing terror probe.