Movie legend Brigitte Bardot has been found guilty of libel after using Nazi-related language to describe the head of France’s hunting federation as a ‘sub-human’.

The former sex symbol, who is now 86, caused outrage when she wrote that Willy Schraen, 51, was a ‘glaring example’ of the kind of ‘terrorists’ and ‘cowardly sub-humans’ who kill animals for sport.

The term ‘sub human’ – untermensch in German – was widely used by the Nazis to describe enemies whom they considered racially inferior, and so worthy of extermination.

Denis Delcourt-Poudenx, a barrister for France’s Hunting Federation, on Tuesday told judges sitting at the judicial court in Arras, in northern France, that Bardot’s remarks were ‘particularly violent’ as they had ‘odious and disturbing Nazi connotations.’

Bardot had attacked Mr Schraen using a strongly-worded editorial on her animal rights website in October 2019.

Bardot, who was given 15 days to remove the offending words from her website, was criticised by prosecutors for her ‘persistent delinquent action’.

They pointed out that she has five previous convictions for making defamatory and discriminatory remarks.

François-Xavier Kelidjian, Bardot’s lawyer, said she admitted the remarks were ‘perhaps crude,’ but she regretted the ‘lack of debate around the subject of hunting’, which was ‘a major concern of the French’. 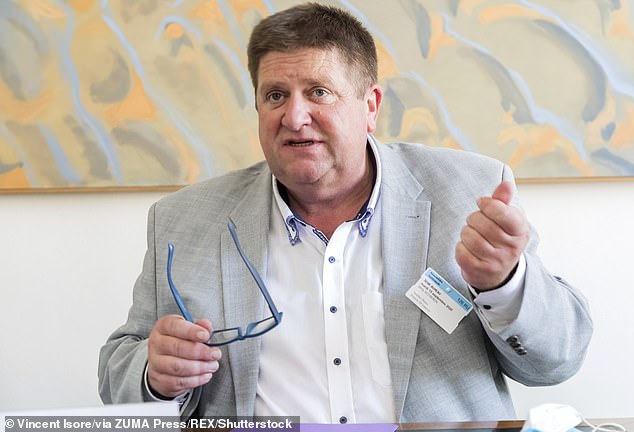 The former sex symbol, who is now 86, caused outrage when she wrote that Willy Schraen (pictured), 51, was an ‘example’ of the kind of ‘cowardly sub-humans’ who kill animals for sport

Bardot is a close friend of Jean-Marie Le Pen, the founder of the National Front (FN) party, who has been convicted for anti-Semitism, racism, and Holocaust denial.

Despite her glamorous image, Paris-born Bardot has five criminal convictions for inciting hatred, mainly against Muslims for halal slaughter, and Jews for their preparation of kosher food.

The activist said she was furious that many of those living on the overseas territory in the Indian Ocean were cruel to animals.

‘The natives have kept their savage genes,’ Miss Bardot wrote in an open letter to local governors on the island, which has a population of almost a million.

She was particularly angry about Hindus on Reunion ‘sacrificing goats’, and said that those on the ‘demonic isle’ were also cruel to cats and dogs.

Bardot said Hindus who took part in ‘Indian Tamil festivals beheaded goats, and then threw their entrails into the sea, attracting sharks’, who in turn threatened swimmers.

She also referred to ‘the cannibalism of past centuries’ and described those from Reunion, who are predominantly Catholic, as ‘a degenerate population still immersed in barbaric ancestral traditions’. 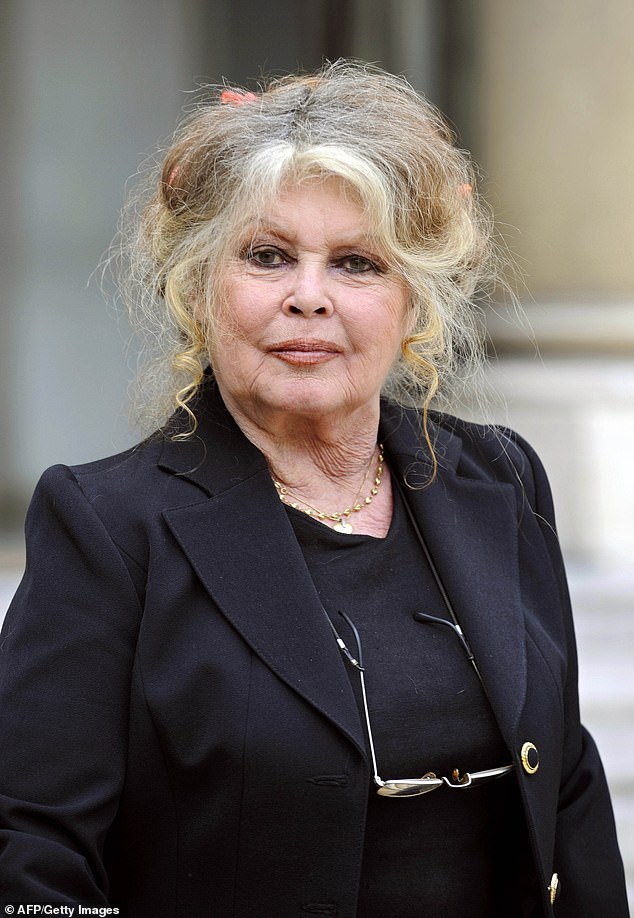 Just one year earlier, she also slammed the #MeToo movement, claiming that most of the actresses who complain of sexual harassment are just looking for publicity.

‘The vast majority are being hypocritical and ridiculous,’ she told the French magazine Paris Match.

‘Lots of actresses try to play the tease with producers to get a role. And then, so we will talk about them, they say they were harassed,’ she added.

‘I was never the victim of sexual harassment. And I found it charming when men told me that I was beautiful or I had a nice little backside.’

She also denounced gays, modern art, politicians and immigrants in her book called ‘A Cry in the Silence’, published in 2003, saying they had destroyed French culture.

She has openly supported France’s far-Right FN party, which is now called the National Rally, as well as the Yellow Vests movement that has been responsible for widespread rioting across France.

She quit the movie industry in 1973 and now runs an animal sanctuary in the French Riviera resort of St Tropez, where she first shot to stardom in the 1950s with films such as And God Created Woman.