Brodie McDougal faced a terrifying choice: having all his bones broken, getting his limbs chopped off or being set alight.

It was September 16, 2019 and the 22-year-old was face to face with Callan Stuart Murray, a man he believed wanted to recruit him into a violent bikie gang.

By the time he offered the stomach-churning options, Murray, 28, had already overpowered McDougal, bashing him with a baseball bat.

Weighing which of the excruciating ordeals might give him the best chance of survival, McDougal went with fire, a court heard on Thursday.

Murray poured petrol over McDougal’s head and used a blowtorch to light the flame.

The young man suffered horrific burns to his chest and head and spent three weeks in intensive care.

Painful skin grafts followed, as well as a year of recovery even after which McDougal was left unable to work and coping with psychological damage caused by his terrifying ordeal, the West Australian reported.

Murray was sentenced to 10 and a half years in prison at Western Australia’s District Court on Thursday.

He pled guilty to a charge of grievous bodily harm with intent, while a deprivation of liberty charge was dropped.

Brodie McDougal, 22, spent three weeks in the ICU with severe burns (pictured) after fake bikie Callan Stuart Murray set him alight with a blowtorch in September 2019 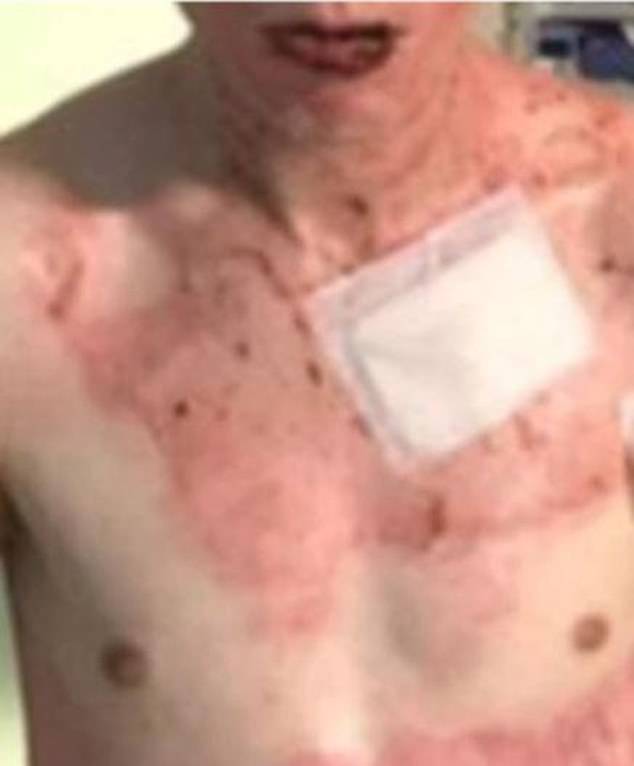 McDougal’s injuries are pictured. He had petrol poured on him by Murray, then was set alight. Murray had been smoking meth for eight days without sleep and his crimes were described as ‘merciless’ and ‘abhorrent’ by the sentencing judge in the WA District Court

Judge Wendy Gillan described the crime as ‘abhorrent’, ‘senseless’ and ‘merciless’ and sentenced Murray to a non-parole period of eight and a half years.

In his victim impact statement, McDougal said he was not the ‘happy, confident man,’ he used to be.

‘Every day, I’m reminded when I look in the mirror and see my scars,.

‘I don’t look or feel the same anymore,’ he said.

After the sentencing, Mr McDougal spoke outside court, admitting he was relieved Murray had been jailed for his terrible crime.

‘I hope the boys in Cassa treat Callan right,’ he said, referring to Casuarina Prison.

The court heard that Murray was not a fully-fledged member of any bikie gang, though he claimed to McDougal to be a senior member of the notorious Bandidos MC.

He forced McDougal to come to his home near Mandurah, south of Perth – where he carried out the brutal three-hour assault – threatening his family if he did not go.

Murray had not slept for ‘at least’ eight days and was using meth at the time of the assault, the court heard.

He was said to be living out a ‘bizarre gang fantasy’ in which he was a senior Bandidos member.

Murray tried to recruit Mr McDougal and ordered him to become his driver – before beating him when he claimed the younger man was not following club rules.

He then gave McDougal the terrifying choice of being set alight, having all his bones broken or having his limbs chopped off.

When the McDougal extinguished the flames, Murray said, ‘all done now’, telling him to shower providing him with meth for the pain.

It is not clear why McDougal was targeted by Murray.

Fearing for his life, McDougal did not immediately go to hospital but was eventually driven to an emergency ward by his cousin’s girlfriend when the pain became unbearable.

Murray’s then-girlfriend Emily Whitfield, who filmed him beating McDougal on a phone, was also jailed for five years.

The court heard she was in fear of Murray, but she took McDougal’s phone, deleted messages from Murray and failed to assist the victim. 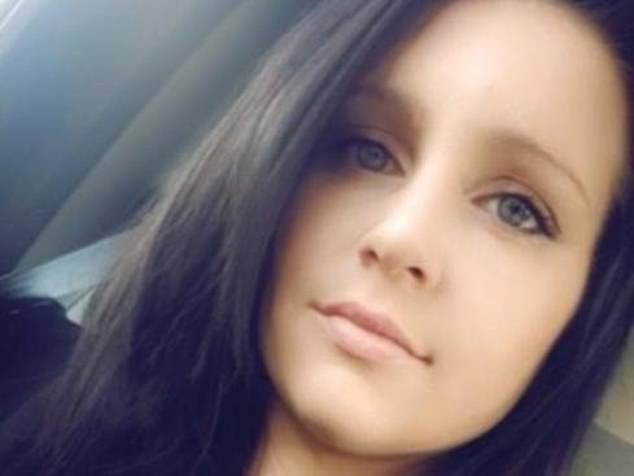 Callan Murray’s then-girlfriend Emily Whitfield, who filmed him beating Mr McDougal on a phone, and handed him the petrol that he doused the victim with, was also jailed for five years