Young artist, 10, with the body of an 80-year-old due to premature ageing condition, dies in Ukraine before she could fulfil ambition to see her work exhibited in France

By Will Stewart For The Mailonline

A young artist from Ukraine has died aged just ten due to a rare premature ageing condition called progeria.

Iryna ‘Irochka’ Khimich was only ten years old, but the consequences of the genetic condition meant that her body was around 80 according to doctors.

The girl, from Vinnytsia, had been an inspiration in raising money for her own treatment for progeria, also known as Hutchinson-Gilford syndrome, by selling her works of art.

She dreamed of visiting Paris where there were plans for her impressive artwork to go on display, but tragically time ran out for the remarkable girl. 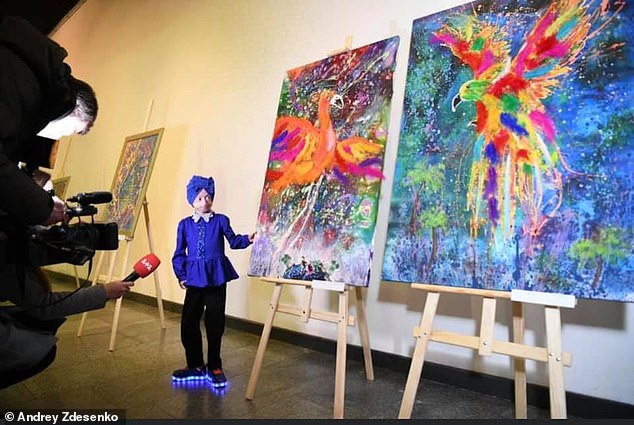 Iryna dreamed of visiting Paris where her artwork was to be displayed after receiving more treatment for her condition in the US, but died before she could make the trip to America

“Sorry Sunshine, we couldn’t save you this time.”

Doctors said that every year her body aged by almost a decade, causing Iryna to die before she was able to fly to Boston in the US to receive treatment for her condition. 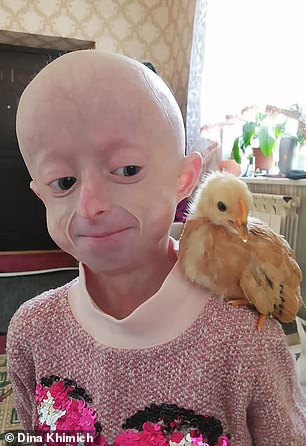 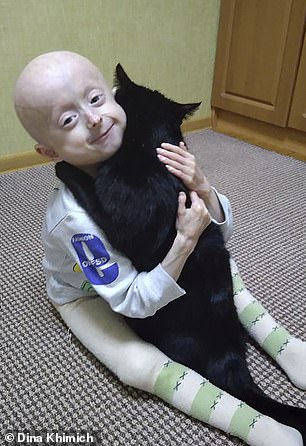 Progeria is a genetic disorder that causes children to age rapidly. Iryna (pictured) died at 10 years old, but doctors said she had the body of an 80-year-old

He made a moving statement about the girl:

“A fragile, unique and talented girl, she bravely struggled for ten years with the terrible and rare disease progeria …

“There was so much light, love, vitality, sincerity in her.

“How vividly she saw the world, how she hurried to express it all in her paintings.

“She drew different pictures with both hands. Incredible… 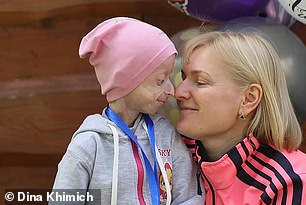 Dina Khimich (pictured right) released a statement about Iryna’s death on Facebook: “Irochka has died. Her heart stopped yesterday. Sorry Sunshine, we couldn’t save you this time.”

“We are happy that we managed to show her work.

“I remember her happy eyes and shy smile…

“A smile and recognition of the creator, to whom so many people came to the personal exhibition…

“And the happy pride of parents…

“Thank you for your contribution to our world.

“Be forever among your bright and beautiful heroes, there on the clouds…

“We mourn with your loved ones…”

Her mother said last year: “I’m taking a risk for her to live (with treatments).

“I am afraid of how her body will react, but I want her to be alive and fine.

“You live as if on a powder keg.

“You wake up in the morning – and feel Thank God.”

Children with progeria generally appear normal at birth. During the first year, signs and symptoms, such as slow growth and hair loss, begin to appear.

Heart problems or strokes are the eventual cause of death in most children with progeria.

The average life expectancy for a child with progeria is about 13 years, but some can live up to 20 years.

There’s currently no cure for progeria.